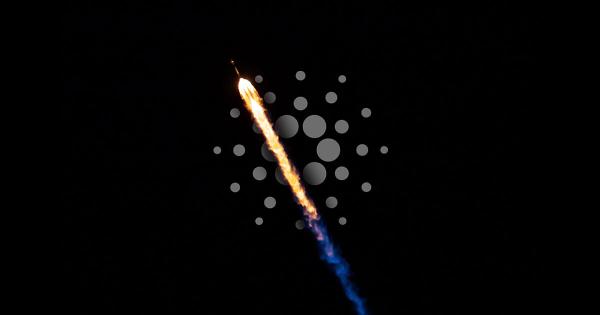 After teasing its tight-knit community with the launch of an incentivized testnet for the next iteration of Cardano, IOHK has finally released more details on its blog post. The ambitious research-oriented blockchain has frequently been on the receiving end of harsh criticism due to its slow development process but seems to have picked up the pace after celebrating its second birthday earlier in October.

Earlier this year, the company launched a testnet for Shelley, a new era of the Cardano blockchain that will bring about staking, and is now set to roll out a new, incentivized version. According to Dynal Patel, senior product manager at Cardano, joining the incentivized testnet will enable all ADA (ADA) holders to earn real ADA rewards.

“This marks an acceleration in the Shelley testnet, and in Cardano’s development.”

Patel explained the company decided to launch an incentivized testnet in order to ensure Ouroboros runs smoothly. Ouroboros is an advanced proof-of-stake (PoS) protocol that the company is currently working on. However, the complexity of such a protocol requires “stable and robust foundations,” Patel said, which is why IOHK chose to implement it in an incentivized testnet first.

This testnet will enable IOHK to see how Cardano’s incentive mechanism operates in a real-world environment.

Anyone can take part in the incentivized testnet

While the date for the snapshot is yet to be set, Patel confirmed that it will happen sometime in November. To ensure all users are adequately prepared, there will be a test snapshot before the final one.

Users will then be able to choose how to use funds from their wallets on the incentivized testnet—to delegate or operate a stake pool. The ADA they earn in the testnet cannot be spent, but it will be transferred to the mainnet once it launches.

While delegating will require no technical skills, the company said that running a stake pool will require “some technical know-how.” Patel explained in the blog post:

“Stake pool operators should be comfortable with command-line interfaces and have some system operation and server administration skills.”

For those less familiar with staking, detailed documentation on how to run stake pools will be provided.

Users will be able to calculate the approximate rewards for delegating and operating stake pools on a calculator that will be hosted on a dedicated web page. The exact launch time for both the calculator and the timing for November’s balance snapshot will be announced in the following weeks.

This post was last updated on November 7th, 2019 at 02:21 amIn a live AMA session led Cardano’s senior product manager David Desser, the company’s team revealed the current status and plans for the launch of the Shelley incentivized testnet.

This post was last updated on November 7th, 2019 at 02:21 amIn a surprise AMA session on October 21, Charles Hoskinson, the CEO of IOHK, discussed the progress Cardano made in the past weeks, as well as the future of Cardano and ADA.

This post was last updated on November 7th, 2019 at 02:21 amThe Cardano Foundation is about to launch an ADA payment gateway thanks to a partnership with COTI, an enterprise-grade fintech platform.