A week after the Cardano (ADA) Shelley friends and family testnet opened up to all operators, IOHK reported that the network count of stake pools has surpassed 200. 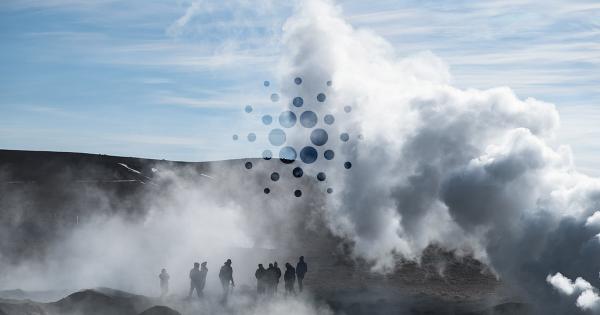 Photo by Sander Lenaerts on Unsplash

A week after the Cardano (ADA) Shelley friends and family testnet opened up to all operators, IOHK reported that the network count of stake pools has surpassed 200.

According to the company’s weekly product update, this week is set to see the implementation of Shelley functionality within the Daedalus wallet, as well as minor upgrades to KPIs and the overall user experience of the network.

Hundreds of new stake pools set up on the Shelley testnet

It seems to be that nothing but good news is coming out of IOHK, the company behind the Cardano blockchain. As Shelley, the era of the network set to bring about staking, is being thoroughly tested, the company’s weekly product update has continued the streak of positive reviews and promising launches.

According to the company’s latest update, there has been an overwhelming response from stake pool operators who have joined the testnet after a select group of “pioneers” have gone through all of the network’s functions.

Four days into the testnet, IOHK reported that there were almost 200 stake pools running on the Shelley testnet. While some of the pioneers that have joined the network have set up more than one pool, the company said that this was still a major achievement for the network:

“But to see this number already is testament to the competency and commitment of the Cardano community and the experience we all gained through the build-out of the ITN in the early part of this year.”

Charles Hoskinson, the CEO of IOHK, praised the new operators and the effort they’ve put in, saying that, come August, there will be hundreds of operators running the network. In a few years, he added, there will be thousands of them.

Hoskinson’s optimistic attitude towards Cardano isn’t baseless, either—the development team has been churning out major updates throughout the past week and has set quite a busy schedule for the weeks ahead.

Most of the development effort last week was focused on the wallet release, set for next week. The wallet back end team has been implementing a set of features that will, in time, allow Shelley functionality within the Daedalus Wallet. Next week, a test wallet will be released to the pioneer stake pools for backend integration testing, IOHK said.

Once the pioneers have tested out features such as creating wallets and funding pledge addresses, other ADA holders will be able to try out the wallet. While the company plans on starting slowly, it said that UI features for Shelley could be implemented sooner than expected. Aside from the wallet, minor updates on the Node CLI  and cardano-db-sync have been made.

The next week will mark the beginning of a migration towards a testnet that everyone can get involved with, IOHK said in the product update.