Stablecoin issuer, Circle, has revealed that it is being investigated by the SEC. 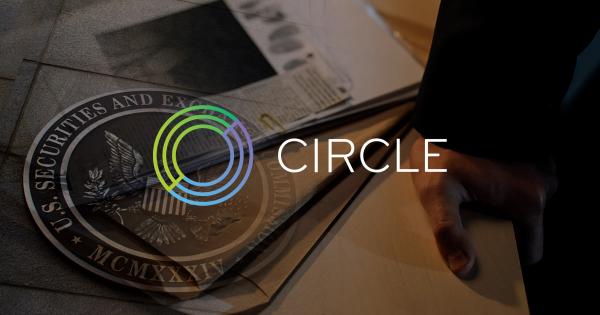 Photo by cottonbro from Pexels

The United States Securities and Exchange Commission is investigating crypto payments company Circle. This was revealed by the crypto firm via a regulatory filing that it received an “investigative subpoena” from the enforcement division of the SEC in July.

Circle under SEC radar since July

In the July subpoena, Circle had stated its plans to go public through a special-purpose acquisition vehicle, commonly known as SPAC. It continued that the SEC was requesting for “documents and information regarding certain of our holdings, customer programs, and operations,” while also disclosing that “we are cooperating fully with their investigation.”

A new regulatory filing by Circle on October 4 shows that the investigation is still underway as its filings carry the same language. While the first announcement had gone largely unnoticed, the new revelation shows the length the financial regulator would go to regulate the “unregulated” crypto space.

The investigations might not be unconnected from the press statement issued around that time which showed that Circle was planning to offer a yield program for institutional investors domiciled in the US and Switzerland. This yield program is way higher than what Coinbase was offering which also drew the angst of the regulator.

Circle had revealed that the reserve of its stablecoin, USDC, was held mostly in cash and cash equivalents while the remainder was being held in commercial paper accounts, treasuries, and bonds.

Interestingly, the crypto firm had agreed to pay the commission $10 million earlier in the year over its role as an unregistered crypto exchange for Poloniex.

The SEC under Gary Gensler has repeatedly revealed its intention to regulate the crypto space. The commission’s chairman in one of his recent interviews urged crypto exchanges to register with the regulator.

Recent happenings and revelations, however, point to how the SEC has been approaching the crypto industry as it seeks to bring them under a “public policy framework.”

USDC, a stablecoin developed by the Circle, is the second-largest USD-backed stablecoin on the market according to data from Skew.

Corporations are buying the world’s largest-cryptocurrency in quick succession.