The US SEC has warned Coinbase it intends to sue the company over a new lending product that is yet to launch, but gave no feedback and explanation why. 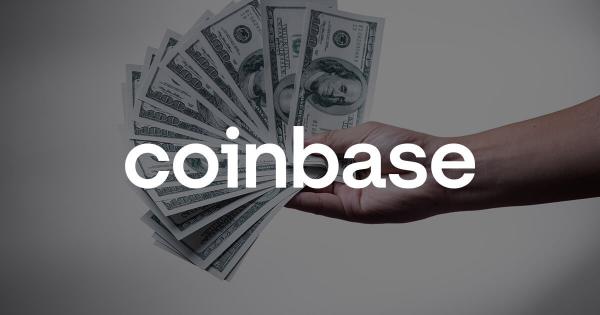 Coinbase has publicly disclosed that the US Securities and Exchange Commission (SEC)  intends to sue the company over a new lending product, dubbed “Lend.”

Despite months of effort to engage with the SEC, the largest cryptocurrency trading platform in the US has revealed that it has been left in the dark about how and why its new product violates the compliance frame.

The new lending program, which was announced by the platform in June and already has a waiting-list, is intended to enable eligible customers to earn interest on select assets on Coinbase.

According to the company’s leadership, the non-compliance issue, which led to the SEC’s formal investigation, remains unclarified by the SEC. Instead, the regulator sent a formal notice, warning to sue Coinbase if the product launches.

After months of trying to engage with the @SECGov on our planned Coinbase Lend product, we recently received notice that it intends to pursue legal action against us. We believe dialogue is at the heart of good regulation, even if the SEC may not. https://t.co/OumvyTPQdj

“Some really sketchy behavior coming out of the SEC recently,” said the co-founder and CEO of Coinbase, Brian Armstrong, who addressed the issue in a Twitter thread.

1/ Some really sketchy behavior coming out of the SEC recently.
Story time…

“We were planning to go live in a few weeks, so we reached out to the SEC to give them a friendly heads up and briefing,” he started explaining the issue surrounding the new product, whose launch is now delayed until October.

According to him, the regulator responded that the announced lend feature constitutes security.

“Ok – seems strange, how can lending be security? So we ask the SEC to help us understand and share their view,” continued Armstrong, adding that the regulator failed to communicate further details, even though the company proactively cooperated for nearly six months.

“They refuse to tell us why they think it’s a security, and instead subpoena a bunch of records from us (we comply), demand testimony from our employees (we comply), and then tell us they will be suing us if we proceed to launch, with zero explanation as to why,” said Armstrong about the regulator’s nonreciprocal communication.

“They have only told us that they are assessing our Lend product through the prism of decades-old Supreme Court cases called Howey and Reves. The SEC won’t share the assessment itself, only the fact that they have done it,” explained Coinbase’s Chief Legal Officer Paul Grewal in the company’s official post on Medium.

“​​We could have simply launched the product but we chose not to,” read the post, in which Coinbase explained that despite other companies having their lending products on the market for years, the US trading platform chose to take Lend to the SEC first.

According to the post, the SEC also requested names and contact information of people on the Lend waitlist, but the company didn’t provide those, due to having “a very cautious approach to requests for customers’ personal information.”