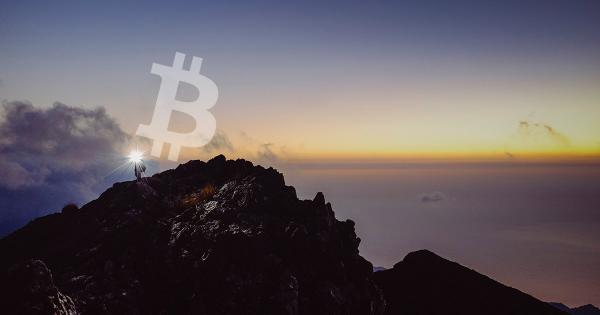 The Bitcoin price increased from $5,850 to $6,640 on major cryptocurrency exchanges in a 13 percent rally within an hour. But, top traders are convinced it is a fake-out before a bearish continuation.

The abrupt spike in the Bitcoin price coincided with the Federal Reserve’s aggressive fiscal policy and its decision to acquire as many U.S. government bonds and mortgage-backed securities as needed to stabilize the market.

Why top traders are not convinced of the Bitcoin rally

The Bitcoin price was showing oversold conditions after dropping to as low as $5,600. Technical indicators showed a bullish divergence on lower time frames, suggesting that a minor relief rally is likely.

But, a prominent trader who goes by the alias “Trader XO” predicted the Bitcoin price to see a recovery to around $6,400 before continuing its downtrend to sub-$6,000 before the upsurge.

Prior to the drop, the trader said that the Bitcoin price has a tendency to revisit previous levels after demonstrating an initial pullback.

“Don’t be surprised if we see one more raid around $6,500s before a bigger drop – wiping out a large number of late shorts / tight stops.”

Another trader known as Jonny Moe noted that while he remains optimistic in the long-term trend of Bitcoin, in the near-term, it faces significant vulnerability and a potential revisit of the $3,000 to $4,000 range.

“If you asked me where I think BTC is heading fundamentally in the next few months, I’d tell you I’m bullish as hell. But if you just look at the chart, all I can see is this large bear flag right into horizontal resistance.”

In recent weeks, the Bitcoin price has generally moved in tandem with the U.S. stock market.

Although strong fiscal policies from the Fed are slowing down the pullback of equities, high-profile strategists like Chantico Global founder Gina Sanchez have said that stocks will only rebound when the number of coronavirus cases starts to decline.

If analysts do not believe that the U.S. stock market has bottomed, and stocks are not reacting positively even to Fed’s large stimuli, the Bitcoin price is likely to remain vulnerable to a correction.

Financial analyst Koroush AK also emphasized that at a technical level, the Bitcoin price is yet to reclaim key resistance levels. Until that happens, the macro trend of BTC remains bearish.

“Still bearish on BTC. Unless we reclaim key levels and see some follow through. This pump was nothing but an opportunity to add to shorts.”

Almost immediately after the Bitcoin price surged to $6,600, it fell back to the $6,200 level, rejecting it as resistance.

Major cryptocurrencies in the likes of Ethereum and XRP are continuing to underperform Bitcoin.

Alternative cryptocurrencies are experiencing intensified movements to the downside after every rejection of a heavy Bitcoin resistance level.

Bitcoin has seen some heightened volatility over the past few weeks, with much of its recent downside coming about as a result of that incurred by both Gold and the benchmark United States stock indices, which have all cratered due to the rapidly mounting economic impacts of COVID-19.

Over the past few days, you’ve likely noticed a lot of buzz about a trend in the crypto space: Tether, the company behind the USDT stablecoin, has begun to issue millions upon millions of their coin.