Silicon Valley CEOs are looking into ways to keep their executives and engineers away from crypto.

Photo by Carles Rabada on Unsplash

More and more executives and engineers are leaving their high-paying jobs in Silicon Valley to join crypto startups.

According to a recent report from The New York Times, the rate at which the crypto industry is poaching talent from tech giants has left even Google’s CEO worried and is forcing companies to offer additional incentives to employees to stop them from quitting.

It’s not a get-rich-faster job, it’s a once-in-a-generation opportunity

Silicon Valley could soon face a significant shortage of talent. This is the take from a recent report from The New York Times, which looked at the number of high-ranking executives and engineers that left their high-paying jobs in Silicon Valley to join or start crypto companies.

“There is a giant sucking sound coming from crypto,” said Sridhar Ramaswamy, chief executive of search engine start-up Neeva and a former Google executive, who competes with crypto companies for talent. “It feels a bit like the 1990s and the birth of the internet all over again. It’s that early, that chaotic and that much full of opportunity.”

This month, Lyft’s CFO Brian Roberts left the company to join OpenSea, saying that he’d seen enough cycles to recognize when “something this big” is emerging. Jack Dorsey stepped down from his position as Twitter’s CEO to focus more on cryptocurrencies and Square.

Sandy Carter, the vice president of Amazon’s cloud computing unit, also left the company this month to join Unstoppable Domains. After announcing that she was joining the company in a LinkedIn post, over 350 people applied for jobs at the Web3 firm. She said that the hype surrounding the industry was “the perfect storm.”

Even David Marcus, the head of cryptocurrency efforts at Facebook’s Meta, announced he will be leaving Facebook by the end of the year. And while he said he will be following his “entrepreneurial DNA,” sources close to him said that he planned on working on his own cryptocurrency project.

Personal news: after a fulfilling seven years at Meta, I’ve made the difficult decision to step down and leave the company at the end of this year. (1/7)

The allure of the crypto industry has reportedly been so irresistible that even Google couldn’t ignore it. Concerns about keeping employees from joining crypto firms have grown so big that the issue is now part of the executive agenda discussed by Sundar Pichai, Google’s CEO. Two people with knowledge of the discussions told The New York Times that Pichai and his top deputies have been offering additional stock grants to employees in parts of the company that seemed ripe for poaching.

However, incentivizing employees with equities might not be enough to keep them.

Evan Cheng, the founder, and CEO of MystenLabs left Facebook’s Novi in September this year. His three-month-old blockchain startup now has 20 employees, 16 of which come from Facebook, Google, and Netflix. He believes that most of those transitioning into the industry aren’t doing so for the money—but for the freedom.

“Back in 2017 or so, people were mostly in it for the investment opportunity. Now it’s people actually wanting to build stuff.” 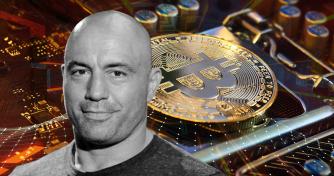 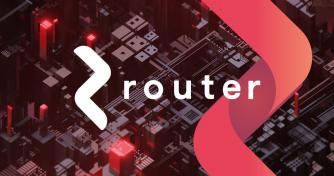