Tether, the leading stablecoin, recently unpegged from the US Dollar after news that the New York State Attorney General is investigating iFinex Inc, which operates Bitfinex and owns Tether Ltd USDT dropped as low as $0.975 against the US Dollar while the other top three stablecoins—USDC, TUSD, and PAX—enjoyed an approximately 6.5 percent premium. 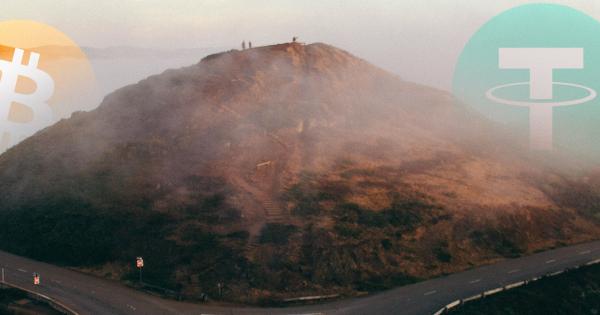 Tether, the leading stablecoin, recently unpegged from the US Dollar after news that the New York State Attorney General is investigating iFinex Inc., which operates Bitfinex and owns Tether Ltd. USDT dropped as low as $0.975 against the US Dollar while the other top three stablecoins—USDC, TUSD, and PAX—enjoyed an approximately 6.5 percent premium.

A recent study conducted by CryptoCompare, a global cryptocurrency market data provider, determined that Tether dominates the stablecoin market. The report concluded that as of the end of Mar. 2019, the trading pairs BTC/USDT represented 98.7 percent of Bitcoin’s trading volume against the top five stablecoins, including USD Coin, TrueUSD, Paxos Standard Token, Dai, and Gemini Dollar.

Tether Ltd. used to claim that each USDT token was backed 1:1 ratio by US Dollars in reserve. Its website publicly stated:

“Every tether is always backed 1-to-1, by traditional currency held in our reserves. So 1 USDT is always equivalent to 1 USD.”

“Every tether is always 100% backed by our reserves, which include traditional currency and cash equivalents and, from time to time, may include other assets and receivables from loans made by Tether to third parties, which may include affiliated entities (collectively, “reserves”). Every tether is also 1-to-1 pegged to the dollar, so 1 USD₮ is always valued by Tether at 1 USD.”

The change probably came in response to a probe launched by the US Justice Department back in Nov. 20, 2018. The court order obtained by the New York State Attorney General on Apr. 25, 2019, further revealed the apparent loss of $850 million in funds.

As a result, tether holders went into a panic and many immediately sold their tokens for other cryptocurrencies. Bitfinex users also withdrew their money in mass from the exchange fearing holds or, worse yet, loss of funds.

Stablecoins at a Premium

The recent turmoil around tether has impacted the market valuation of the top three stablecoins—USD Coin, TrueUSD, and Paxos Standard Token—and subsequently the price of bitcoin across the top exchanges.

Against USDT, the stable tokens previously mentioned reached a premium as high as 6.47 percent on average, and as of Apr. 29 at 1:05 UTC they are trading at around a 2.86 percent premium.

This has a direct impact on the price of bitcoin making it trade at a different value among the most popular exchanges: Bitfinex, Poloniex, Binance, BitMEX, Bittrex, and Coinbase Pro. BTC’s average market valuation was $5,266 and the cryptocurrency exchange with the highest premium is Bitfinex, where bitcoin is trading at $5,493.

Price divergence among exchanges that have higher or lower trading volumes is completely normal due to supply and demand. The current $200 spread in bitcoin between Bitfinex and other exchanges comes at a point where investors are trying to sell their tethers as they try to leave the platform.

Jeff Garzik, the co-founder of Bloq, explains that the dollar value of BTC will always be higher at exchanges that are experiencing a massive exodus of their customers, as it was seen during the Mt. Gox incident.

It's exit buying. To get out of an exchange, one must buy "hard currency" – BTC – when fiat withdrawal methods start failing. The BTC price is therefore higher at dying exchs.
We've seen this data pattern many times in past crypto history, including but not limited to MtGox.

Holding an 87.1 percent share of the total Bitcoin trading volume, USDT has become the most important stablecoin in the market. Even though the outcome of the legal issues that iFinex Inc, the company behind Tether Ltd., is unknown, an implosion of the stablecoin could potentially destabilize the market.

If the situation with iFinex continues to deteriorate, then Tether holders will likely try to cash out into any other cryptocurrency to move their funds without having them trapped by the exchange. Such an event would be the equivalent of a crypto “run on the banks.”

Skyrocketing prices on Bitfinex compared to other exchanges would be one indicator that suggests the exchange is faltering. The problems surrounding iFinex Inc. date back to May 25th, 2015, when Bitfinex was hacked for 1,5000 bitcoins—the company has endured controversy before, and survived. Whether iFinex can maintain its record is another matter.

For more information on stablecoins, see:

Jeff Garzik, better known as the CEO of blockchain startup Bloq, now believes his prior work could be revived in a way that promotes interoperability between the increasingly fragmented set of protocols bearing the bitcoin name. Learn More