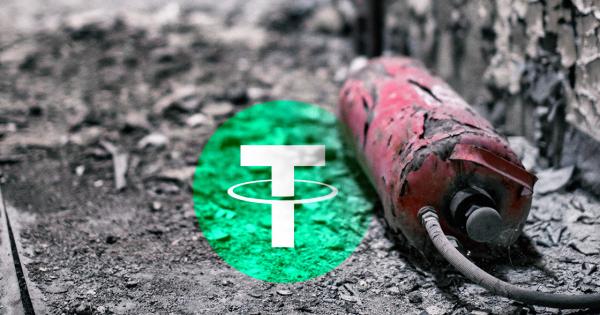 On Apr. 25, the office of New York Attorney General Letitia James alleged iFinex, the company behind Bitfinex and Tether, of misusing $900 million of Tether’s cash reserves to hide an $850 million loss. Immediately thereafter, the bitcoin price plunged by seven percent against the U.S. dollar.

On Binance, the world’s largest cryptocurrency exchange, the bitcoin-to-tether (USDT) pair dropped from around $5,500 to $5,102 at the day’s lowest point, recording a 7.2 percent drop.

Bitcoin has since recovered to $5,233 and is en route to close the day with a 5 percent decline.

Can the Bitcoin and Crypto Markets Recover?

The Tether allegation by the New York Attorney’s office goes further than the short-term price movement of bitcoin and other major cryptocurrencies.

If Bitfinex did lose $850 million in a transaction the company sent to a company based in Panama called Crypto Capital Corp and granted itself access to $900 million worth of Tether’s cash reserves, it could have a long-lasting effect on the public image of the cryptocurrency market.

TL:DR the Tether/Bitfinex news:
Bitfinex have borrowed ~700mil from Tether
Bitfinex pay a 'fair' interest rate on this loan
60million shares in Bitfinex were pledged as collateral
If CryptoCapital release the USD, no problem
If Bitfinex trades profitably, no problem

The case brought on by the Attorney General’s office can be divided into two main parts:

While some analysts expected the Tether scandal to lead to a plunge in the bitcoin price, the dominant cryptocurrency and the rest of the market recovered fairly well in a short time frame.

The recovery suggests that the cryptocurrency market’s dependence on Tether has somewhat dropped in recent months with the introduction of Gemini Dollar and Circle’s USDC.

The merit of stablecoins like GUSD and USDC is that they are fully regulated, audited, and based in the U.S. with reliable banking services.

On Binance, for instance, the most widely utilized crypto-to-crypto exchange, regulated stablecoins like PAX and USDC have started to account for a fairly large portion of the exchange’s daily bitcoin volume.

The noticeable decline in the market’s reliance on Tether and the increase in the usage of transparent stablecoins indicate the maturation of the market in the right direction.

Not as Bad as it Seems

Although the market has dropped and the bitcoin price sunk, some experts have suggested that the Tether scandal has revealed that Tether did, in fact, have a big cash reserve to support its 1:1 peg with the U.S. dollar.

The best evidence for Tether actually being backed roughly as its executives claim is that despite years of skepticism, investigations, conspiracies, and now this NYAG move, the peg continues to hold. https://t.co/Trx2JWg8u7

Technically, Tether was backed by U.S. dollars but the troubles at Bitfinex may have hindered the ability of Tether to remain 100 percent backed purely with cash at all times.

As the official document released by the Attorney General’s office read:

“According to the filings, Bitfinex has already taken at least $700 million from Tether’s reserves. Those transactions – which also have not been disclosed to investors – treat Tether’s cash reserves as Bitfinex’s corporate slush fund, and are being used to hide Bitfinex’s massive, undisclosed losses and inability to handle customer withdrawals.”

Based on the swift recovery of bitcoin in the past hour, the market may be expected to rebound in the short-term, considering that the response of the investor community in crypto has been mixed; while some believe that it can be considered as evidence to prove Tether’s cash reserves, many remain skeptical about the practices of the company.

Tether, the largest stablecoin by market capitalization, has issued over $300 million in USDT during the last week.

Tether, the market-leading stablecoin in both market capitalization and controversy, made changes to its legal terms of service that indicate that USDT is not fully backed one-to-one by US dollar reserves.

USD-paired stablecoin Tether released a report that indicates the company behind USDT does possess sufficient capital to back each individual token on a 1:1 basis.