The progressive Swiss town wants to become a cryptocurrency hub in the center of Europe. 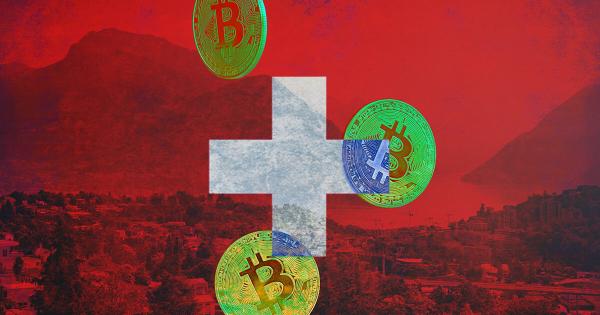 The Swiss city of Lugano has announced today that it will recognize cryptocurrencies as legal tender.

According to Michele Foletti, the mayor of the City of Lugano, Bitcoin (BTC), Tether (USDT), and Lugano’s own LVGA Points token will be recognized as de-facto currencies.

The announcement was made at Lugano’s Plan B event, where the city’s key figures discussed the implications of the progressive decision alongside Paolo Ardoino, the CTO of Tether.

A crypto utopia in Lugano, 18 months in the making

The decision to accept Bitcoin and Tether as legal tender was 18 months in the making, said Pietro Poretti, the director of the City of Lugano. The city began experimenting with blockchain technology and cryptocurrency payments in late 2020 by establishing a loyalty program with its proprietary points token called LVGA.

All transactions made with the LVGA token were made on Lugano’s Proof-of-Authority blockchain, which the city developed last year.

Although none of the panelists said explicitly, the decision to adopt Bitcoin as legal tender was certainly sped up by El Salvador’s move last September when the country became the first to recognize a cryptocurrency as de-facto money.

Poretti said that the decision to make cryptocurrencies legal tender was driven by Lugano’s history of adopting technological developments.

“Lugano is the economic capital of southern Switzerland and has always been a leader in the creation of new opportunities,” he said during the panel.

To speed up its journey to adopt blockchain, the city partnered with Tether and recognized its proprietary stablecoin, USDT, as legal tender alongside Bitcoin.

“Collaborating with a company the caliber of Tether is a magnet that will attract more companies to come to Lugano.”

The companies that do decide to come to Lugano will be able to benefit from a generous incentive package the city enabled with the help of Tether.

Paolo Ardoino, the CTO of Tether, said that the company partnered with the city to create a $100 million incentive fund aimed at startups that relocate their headquarters and employees to Lugano. Tether will also participate in the creation of a massive startup hub in the center of Lugano that will host tech startups from around the world.

Ardoino went on name Polygon as its main infrastructure partner in facilitating stablecoin payments in Lugano. After Ethereum, Polygon is the second-largest network hosting Tether’s USDT stablecoin. Polygon’s low latency, high scalability, and low cost will enable seamless settlements of all USDT payments in the city, he explained.

This will be especially significant given the scale of crypto adoption Lugano is expecting to achieve.

According to Poretti, there has already been a widespread effort to bring cryptocurrency payments to the public sector. Citizens are already able to pay virtually all public services in cryptocurrencies, including personal and municipal taxes, naturalization fees, access to public infrastructure, and document issuance fees.

An equally widespread adoption is expected in the private sector as well. Poretti said that over 200 businesses have already installed the infrastructure necessary to accept payments in BTC, USDT, and LVGA. In the past month, over 5,000 citizens of Lugano made payments to these businesses in the city’s LVGA payment token and have been interacting with the digital wallet on a daily basis.

The city’s plans to become a crypto utopia seem to be very well thought-out.

With just over 60,000 residents, Lugano is set to see a huge labor shortage if it manages to attract even a fraction of the startups it believes will relocate to the city. Ardoino addressed this concern, saying that Tether and Bitfinex have already begun working with Lugano’s three major universities to promote blockchain and crypto-focused education. The two companies are working with academics to establish curriculums that will help the universities produce an educated workforce that’s well-versed in blockchain technology. Ardoino also said that the companies have set aside funds for 500 scholarships that will be granted to students focusing on blockchain and crypto technologies.

“This isn’t a marketing ploy,” Ardoino said. “It’s a set of concrete steps to make Lugano the blockchain capital of the world.” 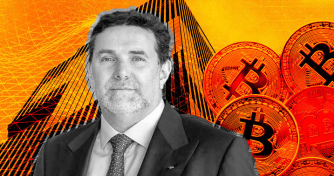 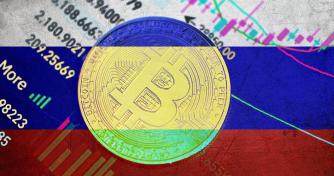 Pushing Russia out of crypto one country at a time: Singapore, Switzerland and Japan will join in sanctions 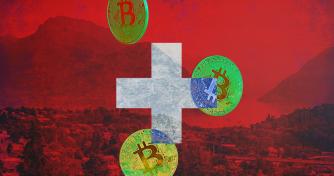