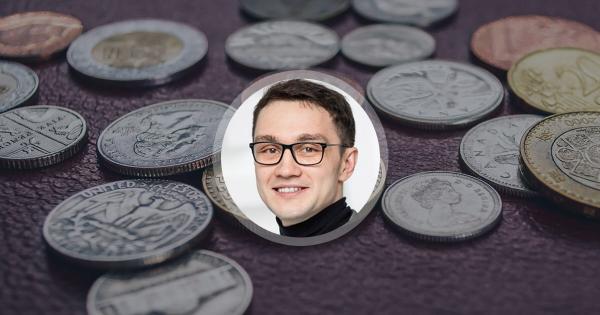 Gregory Klumov, founder and CEO of Stasis, a platform that allows users to legally digitize any type of financial asset in a secure and transparent manner, says that after creating the framework for digital assets in Malta, he made a strategic shift into entrepreneurship in order to develop crypto-related products for institutional investors.

Klumov, a Ph.D. from Moscow Institute of World Economics and International Relations, recently shared his views and insights with CryptoSlate. He revealed that his company has developed the world’s first blockchain-based Euro, which has been launched on Statis, a fiat-tokenization platform.

You’ve mentioned that you’re a specialist in alternative asset management. Please tell us about these types of assets and how they impact the existing financial system.

Gregory Klumov (GK): Real estate, stocks, and bonds are considered standard investments, meanwhile, alternatives are everything else and they are big enough for a separate name. Things like art, wine and rare cars fall into illiquid alternatives; assets like ETFs, mutual funds and select hedge funds are the liquid alternatives.

There is a big trend of capital allocation into alternative assets because of the era of low interest rates globally. The value of these assets is also quite significant relative to the standard investable universe. For example, the global real estate market is worth $217 trillion, global stocks are worth $85 trillion, while assets like hedge funds or commodities are worth $3 trillion and $20 trillion, respectively.

You founded a high-speed internet service provider, called BNET, when you were only 15 years old. Tell us about what motivated you to do this and how you developed this service.

GK: Internet gaming didn’t exist back then and I wanted to be able to play a game with my neighbor (i.e. not against an AI, but against another human) so I built a network for several PCs to be able to use simultaneously. Later on, I came to the realization that I could connect the high-speed internet to myself and save on monthly payments by sharing it with my neighborhood – and voila!

You’ve written a book on cryptocurrency regulations, called “Digital Asset Regulation: A Cross-Country Analysis.” Tell us about what inspired you to write this book and please go over the main topics that it covers.

GK: At the time, I was looking for a legal opportunity to launch a stablecoin. After doing some research around the world, I discovered there is a lack of an objective regulatory approach towards digital assets that balances the interest of entrepreneurs as well as regulators.

Having worked in a regulated European asset management industry (UCITS funds), I decided to come up with an approach that was described in the book and then partially pioneered in Malta.

You’ve worked as an advisor to the Maltese government and helped form some of the regulatory guidelines that crypto exchanges Binance and OKEx have adopted. Tell us more about your involvement with developing regulations for digital currency exchanges and why you think it’s important.

GK: I think it’s important to create places where people can trade this exciting new asset class. Technologically it is very different compared to traditional assets like bonds or stocks (primarily due to instant withdrawals and self custody) but at the same time, the trading aspect is very similar.

Exchanges should provide maximum transparency about their book building process and avoid getting involved in the issuance of digital assets to avoid creating any conflict of interest. At the same time, they have to comply with existing AML/KYC regulations to eliminate threats of terrorism financing and money laundering. This is the reality of the requirements we live in and that everybody must comply to.

Your current focus area involves your company STASIS, a fiat-tokenization platform that includes a fully audited tokenized Euro. Please tell us about the main products and services you offer and those that you are currently planning to develop and introduce later.

Alongside this, we have built our own STASIS wallet application that would allow users to transact between an assortment of digital assets and is one of the first wallets to offer accredited transfers for Ethereum-based transactions.

Being a non-custodial wallet, it doesn’t hold the funds and digital assets can be sent without users having to pay a network fee, unlike the Ehtereum wallet, for example, which requires users to pay ETH to make the transaction possible.

As well as continuously partnering with a range of service providers around the world, ensuring minimal risk for investors, we are also closely involved in government relations, providing advice on how digital assets should be regulated and how regulators approach digital assets.

In 2019, we published the second edition of our 2018 book Digital Asset Regulation: A Cross-Country Analysis, targeted at state-level decision-makers and containing a comprehensive overview and analysis of digital asset regulations in 13 jurisdictions worldwide.

Why do you think it’s important to tokenize fiat currencies? During our interview, you mentioned that the US dollar would not be able to maintain the same level of dominance in the future. Explain why you think other assets and currencies will play a bigger role in the future economy.

GK: Single backed stablecoins like EURS promotes the national currency beyond its borders, which is what every nation wants.

Stablecoins are in fact much more regulatory friendly because transactions through public blockchains always leave trails, that they can track. This is not the case for cash.

In addition, with the help of third-party analytic companies, the market is filling up relatively quickly with solutions to address transaction analysis and identification at the level that would have been never possible with cash.

Another point in favor of stablecoins is that they cannot be counterfeited like cash.

And to end with a very simple argument: stablecoins are the simplest digital asset for newcomers to try on before the exciting journey into this new asset class.

A recent report from TradeBlock found that the total on-chain transfer volume across the largest stablecoins has surpassed Venmo’s total payment volume in Q2 2019.