The popular Cash App developed by Square is now some allowing users to buy and sell Bitcoin directly from within the platform. 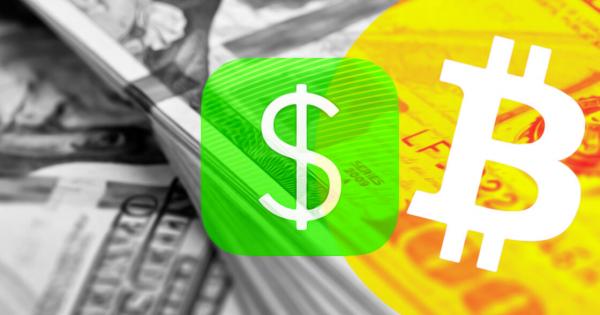 The popular Cash App developed by Square is now some allowing users to buy and sell Bitcoin directly from within the platform.

Available for both Apple and Android, the app’s primary function is to facilitate payments between friends and family. Customers logged in to a nice surprise with the added functionality to buy and store Bitcoin alongside their regular payments.

Square is piloting the feature in response to customer requests to start transacting cryptocurrencies.

Square has a selection of payment apps, and Bitcoin could potentially become another tool for customers and merchants to increase payment flexibility.

“We’re always listening to our customers and we’ve found that they are interested in using the Cash App to buy Bitcoin. We’re exploring how Square can make this experience faster and easier, and have rolled out this feature to a small number of Cash App customers.”

Cash App and Bitcoin grow together

The growth of Bitcoin may help drive Cash App to new heights.  It already sits as the most frequently downloaded mobile financial app. It could present as a symbiotic relationship in the long run too; services like Cash App integrating the technology will surely help to continue the exponential growth of Bitcoin.

Cryptocurrencies continue to be seen as an investment tool and a store of wealth. Payment systems that take the steps to mold Bitcoin with widely-used fiat currency services are key to bridging the gap.

Industry-wide growth over 2017 is mighty impressive, but recent surveys suggest that the majority are still clueless about Bitcoin, let alone other cryptocurrencies. Roughly 14% of Americans currently have investments in Bitcoin, but that leaves another 86% who need to be persuaded.

Cash App is looking to pioneer the way forward for the everyday consumers to start using digital currency. It surely won’t be long before other payment giants like PayPal start introducing similar features.

We have already seen huge market confidence in companies working with cryptocurrencies and blockchains. Square looks like the next to prosper from jumping into the future.

What is Cash App doing?

The app currently has basic Bitcoin functionality for a few selected users. Balances can be seen in both Bitcoin and US dollars. Prices charts are also included to help users see the performance of their coin. Eventually, it’s likely funds will be available to be sent between Cash App users.

Security is always an interesting debate when Bitcoin goes mobile. Private keys are kept by Cash App, meaning they are not exposed to being stored on a phone. This has the bonus of allowing Square to operate using pooled funds.

A big help to cut down current expensive Bitcoin fees as transfers between users would occur off blockchain, maybe free of charge.

The full extent of the operating methods is not yet clear as tests and features are still in beta. We look on with excitement.