Blockchain Election in Sierra Leone? Not Quite

Recently it has been all over the news that Sierra Leone held the first “Blockchain-Powered” elections. 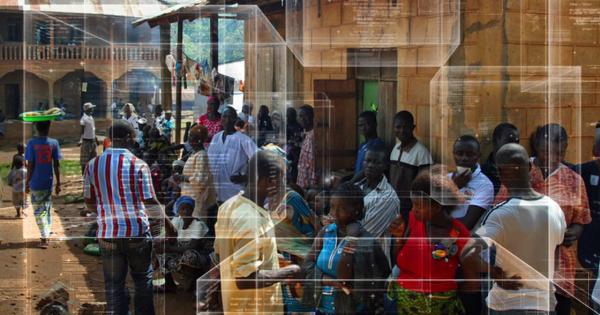 Recently it has been all over the news that Sierra Leone held the first “Blockchain-Powered” elections. The theory of using blockchain technology during elections has been around since the technology started being explored outside of the cryptocurrency world. It would allow governments to limit electoral fraud, increase security and provide transparency.

Sierra Leone is a small West African country, that is most commonly known from the movie Blood Diamond, the brutal 11-year civil war in the 90s, and most recently the Ebola outbreak which killed approximately 3,995 people in 2014.

The West African nation has beautiful white sand beaches and was a place of refuge for returned slaves in the 18th and 19th century.

This will be the third democratic elections since the civil war ended in 2002.
Dirty tactics are common around election time, in the 2012 violence was a common underlying (or right out in the open) theme of the elections.

Partisan reporting was taken for the norm and voters were ‘coerced’ into voting for certain parties. Not exactly democracy at its finest. This year the candidate for the opposition party’s house was raided by police under suspicion of ‘hacking’ the NEC database.

However, the election was not powered by blockchain as was reported. Where did the rumors start?

Swiss blockchain company, Agora, fabricated the claims and released a statement declaring that the country had utilized blockchain tech to tally and audit the election results.

The National Election Commission (NEC) of Sierra Leone released an official statement on Twitter on March 18 to set the record straight. The tweet quoted the NEC Chair Mohamed Conteh saying that “the NEC has not used, and is not using blockchain technology in any part of the electoral process.”

#NEC Chair Mohamed Conteh makes clear that "the NEC has not used, and is not using #blockchain #technology in any part of the electoral process.” #votesalone

How Agora Was Involved

Agora was an accredited NEC election organization, that ran parallel to the official NEC results but in fact were not part of the official election framework. Agora was there as an “international observer”, where they manually recorded each ballot onto their blockchain. This was only applied to the Western Area polling data (approx 1/7 of the population), and not the whole country.

As blockchain technology was not applied to the actual polling data and was just a demonstration of how it could be applied in future, it’s unlikely that Agora added any official value to these elections.

When the NEC director proudly states: “the only results that count, are mine”,  it calls into question how seriously they are in embracing blockchain technology, at the same time preemptively questioning its validity

How Blockchain Technology Could Actually Help

With all of the attention surrounding these elections due to the “use” of blockchain technology, it has bought Sierra Leone into the spotlight. Even if the reporting was wrong, with more media coverage it is much more likely to increase the likelihood of free, fair and credible elections. This, in turn, would be reducing the likelihood of election violence.

Not only would it help to decrease violence but hopefully it will increase transparency into the elections. In the Agoras official statement that was released they said:

“Agora cares deeply about making transparent elections a reality in Sierra Leone. We would like to thank Sierra Leone and the NEC for permitting us to participate with our technology as international observers in the election.”

When introducing new technology to any system there will always be challenges that need to be overcome. The political analyst from Sierra Leone believes that the technology will need to be complementary to the current national election infrastructure. Otherwise, it may be seen as a threat to the status quo, and those who maintain it. The analyst remarked that:

“In countries where position and prestige are coveted, convincing the NEC to hand over the limelight to a foreign blockchain company may not be easy.”

It’s not just the technology itself that may be difficult to integrate into the process, a very real problem in Sierra Leone is that electricity is in short supply.

Although the computers verifying the blockchain will most likely be on mining farms, it is still a very serious challenge when you want to have a tech-powered election.

Sierra Leone is hydro-powered and has power shortages for up to 6 months of the year, relying on electricity sapping technology when their schools have no power. Obviously, this could mean chaos if they had a true blockchain powered election, where all the voting was done electronically.

It appears to be a no-brainer to join together the power of the blockchain into the electoral process.

However, ensuring that companies are able to implement the technology successfully is another thing. Additionally, some governments would be more than happy to keep transparency out of their elections. Although this was misreported, to begin with, its a step in the right direction for greater transparency in democratic systems.