Maverick Dallas owner Mark Cuban has announced a reward scheme for fans of the club with Dogecoin. 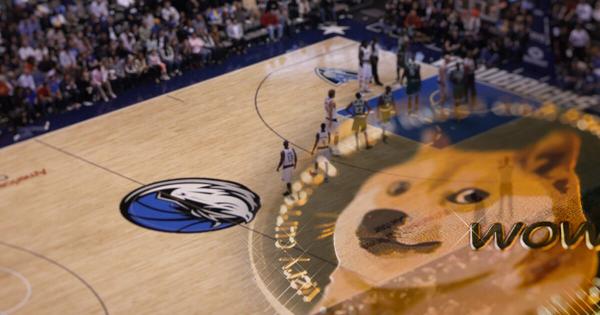 In a move that appears as a support for meme-coin, Mark Cuban, the owner of Dallas Mavericks, has announced incentivizing its merchandise by rewarding buyers with Dogecoin.

The reward program would be in the form of a cashback for fans on every purchase on the official Maverick’s online store with Dogecoin. Fans would earn a $25 e-gift card when the total of their purchase in a transaction is worth $150.

They would receive the gift card via mail, and it is usable only on Mavericks online store for merchandise, tickets for suites, and a lower-level seat at any Dallas Mavericks home game. The offer would last between August 13 to September 20.

Consequent to the news of the reward program, Dogecoin creator Shibtoshi Nakamoto tweeted a response that “If you wanna support one of the first big-name vendors to evangelize DOGE for purchases, as @mcuban says, it’s ready for you.”

Despite his love and support for Dogecoin, it would be surprising to know that Mark Cuban, the co-host of Shark Tank and owner of Dallas Maverick, owns a bit of the meme-coin.

He disclosed this during a discussion on its products’ total sales when he added that he holds less than $500 worth of Dogecoin. However, Maverick had sold merchandise worth less than $15000 via Doge purchases, which could be a reason for the sudden cashback reward in the asset.

This came in response to a question on if Mark Doge beats BTC bag, he said, “The Mavs have what we sold in merch. I personally own $494 worth of DOGE.”

The meme-coin has enjoyed some level of popularity within the sports community recently. Popular tennis star, Naomi Osaka recently spoke about how she got into contact with the asset. She revealed that she has been reading about the coin and that everything is “going to pop up.”

Apart from that, we reported that the premiership team, Watford FC, is wearing the Dogecoin logo on its sleeve.