After SEC unsuccessfully tried to quash the former agency director from testifying the parties made substantial progress in resolving the privilege issues and agreed to reschedule the deposition. 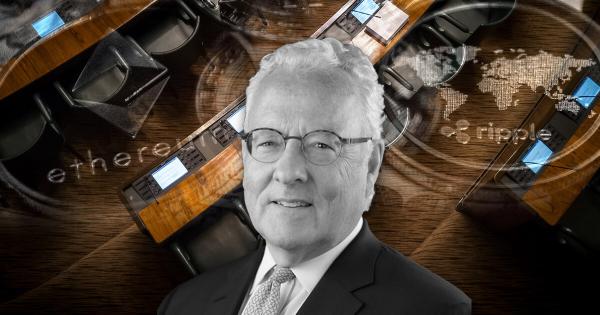 Last week, US Magistrate Judge Sarah Netburn ruled that the former head of the US Securities and Exchange Commission’s (SEC) Division of Corporation Finance William Hinman will testify under oath.

The deposition was scheduled for July 19, but given the privilege issues involved, a delay was allowed by the court so that the agency and Ripple Labs could come to an agreement on the scope of Hinman’s deposition as both parties settled to reschedule his testimony for July 27.

“The parties have made substantial progress in narrowing and resolving the privilege issues, and plan to have additional meet and confer discussions in the next few days to further narrow and resolve the issues relating to Mr. Hinman’s deposition, without waiver of any party’s rights,” stated last week’s joint letter to Judge Netburn.

The US SEC filed a lawsuit against the blockchain company last December, alleging that its sale of XRP was an unregistered security offering worth more than $1.38 billion and currently both parties continue to push and pull through the discovery phase.

The SEC unsuccessfully tried to block the former agency director from testifying on legislation stating that high ranking officials cannot be deposed but the judge ruled in Ripple’s favour, permitting his deposition due to the “exceptional circumstances” of the case.

Ripple’s defense successfully argued that Hinman’s deposition could provide crucial insights into the agency’s position on cryptocurrencies, including XRP.

Ripple to be or not to be a security

In his 2018 speech, Hinman stated that in his opinion Ethereum (ETH) is not a security, which is highly relevant for Ripple as it seeks to bolster its fair notice defense.

The information could prove critical for the company as it builds its defense on the claim that “the SEC’s actions and inactions failed to provide market participants with fair notice that the agency considered XRP a security.”

Ripple maintains that Bitcoin (BTC) and Ethereum were “cryptocurrencies routinely equated” to the XRP token and without fair notice otherwise it had no reason to believe its offering was not in compliance with the securities law.