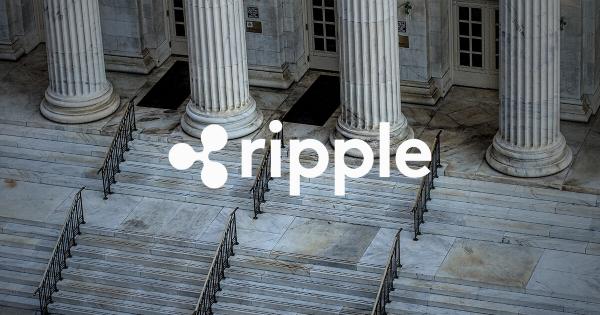 The appointed judge stated that the requested communications are protected by attorney-client privilege.

The US SEC filed a complaint against Ripple last December, alleging that its sale of XRP was unregistered security offering worth more than $1.38 billion. The legal case is still in the discovery stage as both parties are battling over the information.

This time, however, Ripple caught a break as Magistrate Judge Sarah Netburn made a decision in the defendant’s favor. The judge denied SEC access to the requested legal memos, arguing they are protected by the attorney-client privilege:

“Ripple asserts that the SEC’s requested communications are protected by the attorney-client privilege, which has not been waived,” she said.

On May 7, the SEC moved to strike Ripple´s affirmative defense as legally insufficient, trying to argue that the company waived their privilege over advice by raising their defense.

Ripple’s defense against the SEC’s accusations is based on the assertion that the agency failed to warn the company about the fact that their cryptocurrency is unregistered security.

“In asserting this defense, Ripple claims that the SEC’s actions and inactions failed to provide market participants with fair notice that the agency considered XRP a security,” the firm said earlier.

However, even though the court’s decision denied SEC access to Ripple´s legal advice, the judge took no position on whether Ripple´s defense is cognizable.

“The Court takes no position about whether Ripple’s pleaded defense is cognizable or if it will prove meritorious,” she said, adding:

“I reach only the limited question of whether Ripple put its subjective state of mind or advice of counsel at issue merely by raising the defense, thus waiving its privilege. I conclude it did not.”

Meanwhile, Ripple’s long-term sentiment seems to be changing steadily, but a critical piece of its plan lies in the hands of the SEC.

In an interview during the Consensus 2021 virtual conference last week, Ripple CEO Brad Garlinghouse said that any initial public offering (IPO) plans are on hold until the company resolves its lawsuit with the SEC, stressing that they will be the one approving Ripple’s public offering after all.

Ripple (XRP) likely to go public after its legal battle with SEC is over, CEO confirms