Ripple's defense team will get the opportunity to question William Hinman regarding his views on securities law. 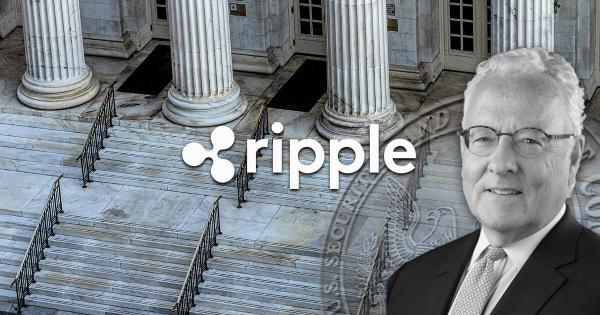 Having filed charges against Ripple in late December 2020, the case has evolved into a complex beast tackling numerous motions.

This latest motion relates to the SEC’s attempt to quash the deposition of Hinman, and prevent him from testifying in court. However, Judge Netburn denied this motion, thus opening the door for the defendants to question Hinman in court.

The latest twist in the Ripple case

The U.S securities regulator had tried to block Hinman from testifying on legislation that states high ranking officials cannot be deposed. However, Judge Netburn took the view that this shouldn’t apply due to the “exceptional circumstances” of the case.

Former Director Hinman made a speech in June 2018, in which he said, in his opinion, Ether is not a security.

“based on my understanding of the present state of Ether, the Ethereum network and its decentralized structure, current offers and sales of Ether are not securities transactions.”

This is relevant because, in defending their position, Ripple has used a fair notice defense. In essence, this focuses on whether Ripple had reasonable and fair notice from the SEC that its XRP sales constituted sales of a security.

Ripple maintains the XRP token is similar to Bitcoin and Ethereum, and without fair notice otherwise they had no reason to believe they were breaking securities law.

The likely reason for Ripple wanting to question Hinman comes down to the discovery of information not evident from his 2018 speech alone.

What is Hinman hiding?

In striking out the SEC’s motion to quash the deposition of Hinman, Judge Netburn raised the issue that Hinman, in his affidavit to the motion, said the speech was “intended to express my own personal views.”

Therefore, Judge Netburn asked the SEC’s legal team how high-ranking protection privilege applies when Hinman was expressing his personal opinion on the matter.

Commenting on this, Attorney Hogan provided his professional view by saying, in doing so, Judge Netburn demonstrated that this was an “exceptional circumstance.”

“She wanted to layout that the speech was extraordinary and that Hinman said it was his own personal view, that Ether was not a security. And that “extraordinariness,” if that’s a word, was why she was going to allow it, the deposition to go forward.”

Going further, Attorney Hogan’s analysis leads him to think the SEC will appeal this decision. However, he points out that situations like this rarely work out for the plaintiff as the standard is almost impossible to meet.

Attorney Hogan concludes that the SEC is desperate for this deposition to not go forward. This leads him to ponder what it is the SEC is trying to hide.