Bitcoin dips under $20K as US inflation rises over 9%

US President Joe Biden has said the latest inflation figure is “unacceptably high” and “out of date.” 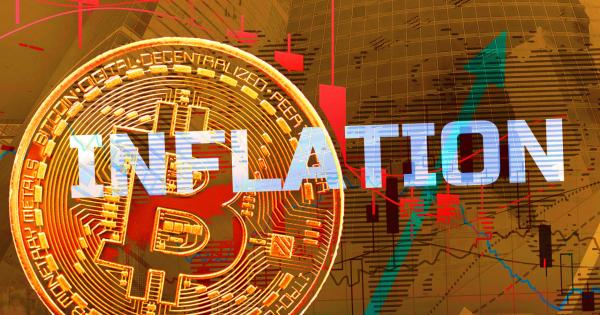 Bitcoin’s (BTC) price has crashed under $20,000 following news that inflation in the United States has hit its highest point in 40 years.

According to the latest statistics released by the US Bureau of Labor Statistics, the Consumer Price Index for June 2022 was 9.1%, up from the 8.6% recorded in May 2022.

The latest statistics confirm that inflation is rising at an alarming rate in the United States and worldwide.

The total liquidations on Bitcoin in the last 24 hours topped $85 million, with over $30 million of it happening in the last four hours, according to Coinglass data.

Meanwhile, some investors had anticipated the rise in inflation and had taken short positions against Bitcoin.

Shorts are piling in ahead of today's CPI release.

Traditional market indicators like NASDAQ did not fare better. According to data on its official website, the market’s current value has experienced around a 1% decline to its present value of 11,264. The market had touched a high of 11,483 earlier today.

Another hiked rate in the offing?

With new evidence that US inflation is not contracting, analysts predict that the Federal Reserves might raise interest rates by another 75 basis points in September.

Jerome Powell, the chairman of the Fed Reserve, had earlier said the bank would need to see “compelling evidence” that inflation is slowing down because “further surprises could be in store.”

According to the bank chairman, the evidence needs to be a “series of declining monthly inflation readings.”

US President Joe Biden called the current inflation figures “unacceptably high,” saying they did not reflect the recent improvements.

Binance CEO Changpeng Zhao has reacted to the inflation news by saying the “9.1% inflation is magically low.”

Read multiple times that 80% of USD in circulation were printed in the last 2 years. If that is correct (seems so by the chart 👇)…

a 9.1% inflation is magically low. How did they manage that?

According to CZ, we should be seeing a 500% inflation rise because 80% of USD in circulation was printed in the last two years.

MicroStrategy’s CEO Michael Saylor shilled Bitcoin, saying, “it is just a matter of time before the world discovers 1 BTC = 1 BTC.”