The number of dApps on Polygon now outweighs other major competitors like Ethereum, Solana, and Avalanche. 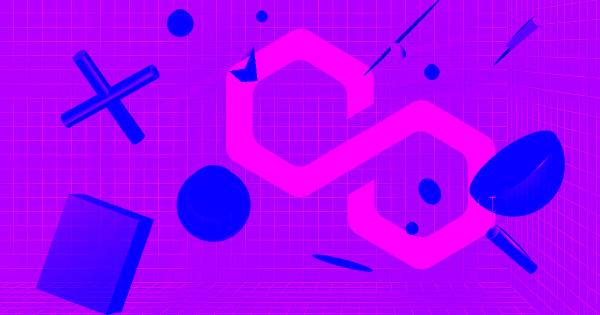 The Polygon ecosystem has witnessed historical growth in the past several months and now supports over 19,000 dApps—an increase of over 170% from January this year.

According to data from Alchemy, this growth is also evident in the number of monthly active teams building on Polygon, which grew from 3,000 to 8,000 in the last five months alone. The influx of developers is even larger when zooming out—their number increased by sixfold since October 2021.

Insights into Polygon’s adoption show that the network gearing up to become the protocol of choice to power the Web3 ecosystem. Out of the 19,000 dApps, over 65% were hosted exclusively on Polygon.

These dApps relay 3 million transactions per day and leave Ethereum, Polygon’s biggest competitor, in the dust with its 1.5 million daily transactions. This has led many blue-chip DeFi platforms to integrate into the Polygon ecosystem—Aave, 0x, Balancer, Curve, Uniswap, and 1inch have all launched on Polygon in the past year.

Arjun Krishan Kalsy, the VP of growth at Polygon, told CryptoSlate that the growth the network has experienced comes from a combination of its novel high-speed, low-cost infrastructure, unparalleled ecosystem support, and the overall demand for sustainability within the blockchain sector.

Kalsy says that Polygon’s ability to offer a “frictionless” Layer-2 solution has unlocked the full potential of dApps—both new and existing ones. Projects are able to benefit from ultra-low fees and a sustainable environment that still leverages Ethereum’s security and decentralization.

He believes that it’s that sustainability that will keep projects coming to Polygon—after attaining its carbon-neutral status, it will go carbon negative this year. Kalsy believes this will be a crucial point for developers and brands looking to build sustainably.

It seems that Polygon has positioned itself into a state of perpetual growth. Offering developers tech that’s more innovative, agile, and efficient than most on the market has made it an obvious choice for thousands of projects.

“Polygon essentially positions itself as the only viable choice for those looking to construct interoperable services on an EVM-compatible platform,” Kalsy explained. “The high composability of culture-driven projects within the emerging ecosystem pushes tremendous value to those building on Polygon.”

This is evident in the equal distribution of Web3 verticals in the Polygon ecosystem. Kalsy noted that the platform has witnessed exponential growth across gaming, DeFi, NFTs, and the metaverse as all dApps launched on Polygon are able to feed off each other and grow their communities together.

Neither Kalsy nor the rest of the team behind Polygon seem particularly worried about an impending bear market. While they’re prepared for the acute impact of a sudden market downturn, they aren’t too worried about the future of Polygon.

“Bear markets create a “survival of the fittest” environment, where only the strongest teams outlive the harshness of the market. Somewhat redeeming is that this market condition weeds out the poorer quality projects and allows those with strong fundamentals to shine brighter than before. So potentially, a bear market could hinder growth in terms of volume, but on the flipside, it will likely prompt the evolution of more high-quality, passionate, and well-funded projects.”

Kalsy said that a fundamentally strong business such as Polygon will continue to grow even in times of great market volatility. This, Kalsy added, is due to the fact that Polygon has been focused on building technology and providing ecosystem support—without caring too much about the market.

“We expect this trend to continue.”

The latest increase Polygon experienced is part of a much broader adoption cycle that began over two years ago. In the spring of 2020, Polygon had only around 30 active dApps. Today, that number stands well above 19,000. The inflection point for the network came after the infamous DeFi summer when transaction costs surged on Ethereum. It also aligned with the launch of Polygon Studios the following year, as its innovation hub and fund helped incubate a huge number of products and teams.

The network’s reign as the king of Web3 won’t be coming to an end any time soon, at least according to Kalsy. As the Web3 universe grows so will the number and the quality of its users, and Polygon will be on the frontlines offering a hand to both the retail and the institutional markets.

“With enterprise companies entering the fray (e.g., Stripe), we expect the growth of the Polygon ecosystem to increase further as more and more businesses worldwide start to tokenize and take their businesses into the web3 universe.”