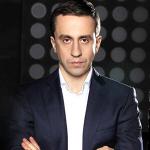 Primalbase Token, Member of the Advisor Board

Sasha Ivanov is a Technology Entrepreneur and for the past decade, he’s been helping improve business, banking and public administration systems evolving electronic payment mechanisms.

In 2016, he founded Waves Platform, a global public blockchain platform with a market cap of $1.7 billion (as of 19th December 2017), which was crowdfunded 30,000 BTC ($18 million), representing the second-largest successfully crowdfunded blockchain project (after Ethereum). The name references his background as a theoretical physicist and the recently-discovered gravitational waves predicted by Einstein a century ago.

Waves Platform has subsequently developed into one of the largest tech communities with 300,000 active users in 25 countries and formed partnerships with a variety of renowned international organizations.

Recently, he has initiated a new project – Vostok – to create the first usable blockchain solution for scalable digital infrastructure, helping to expand the global accessibility of blockchain.