Although fast food and Bitcoin don't usually mix well, Papa John's is introducing a limited offer to get free Bitcoin. 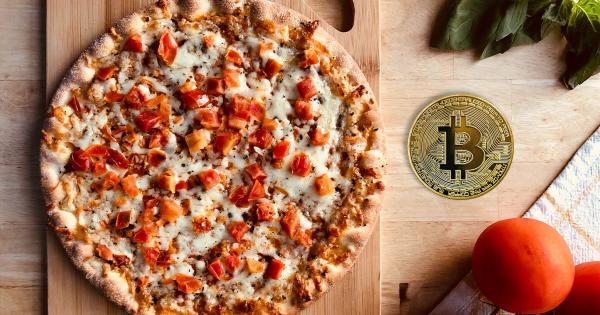 “Select the Bitcoin offer online, spend a minimum of £30 for a £15 discount plus the free Bitcoin,” it reads.

The offer is part of a tie-in with London-based cryptocurrency exchange Luno to turn “pizza into Bitcoin.” According to its Facebook page, the promotional event ends on May 23rd.

In 2010, a programmer called Laszlo Hanyecz paid 10,000 BTC for two large pizzas from Papa John’s. Many say this was a foundational event in developing the Bitcoin store of value narrative.

But based on past examples, mixing Bitcoin and fast food tends not to work out.

Hanyecz has no regrets over buying pizza for 10,000 Bitcoin

Back in 2010, Bitcoin was a fledgling idea that was beginning to gain traction among niche elements of society. During that time, mining Bitcoin using a retail laptop or desktop CPU was entirely possible.

As an early Bitcoin miner, Laszlo Hanyecz benefited from the 50 BTC block reward at the time to amass a sizeable sum of Bitcoin.

In 2010, using BTC as means of payment was unheard of. But to challenge this convention, Hanyecz posted a proposition to exchange 10,000 BTC for two large pizzas.

Someone took him up on his offer, arranging delivery from his local Papa John’s, and the rest is history. Today, 10,000 BTC is worth a staggering $558 million.

But Hanyecz says he has no regrets over the deal. Instead, he remains philosophical by saying it’s all part of the delicate balance that keeps stakeholders incentivized.

Cryptocurrency is good for PR campaigns?

Fast food companies have often looked to cryptocurrency as a way to sell more products. Over the years, countless experiments with cryptocurrency have come and gone.

For example, in January 2018, at the start of crypto-winter, KFC did the Bitcoin Bucket. The accompanying tweet poked fun at the perceived complexity of cryptocurrency.

“KFC Canada presents The #Bitcoin Bucket. Sure, we don’t know exactly what Bitcoins are, or how they work, but that shouldn’t come between you and some finger lickin’ good chicken.”

In 2019, Burger Kings in Germany, the Netherlands, and Russia started accepting Bitcoin directly as payment.

But the franchisees soon withdrew the option to pay in BTC, citing prohibitive laws on accepting crypto for payment. The consensus is that crypto is good for PR campaigns but not as a permanent payment option.

Nonetheless, Papa John’s limited-time offer to give customers Bitcoin is evidence that fast food companies still recognize the potential of cryptocurrency within their industry.