The Bitcoin Pizza is Worth $83 Million Today Bill DeLisle · 5 years ago · 2 min read
This article is more than 2 years old...
News › Bitcoin › Adoption

Today is one of the most celebrated days in the crypto community. 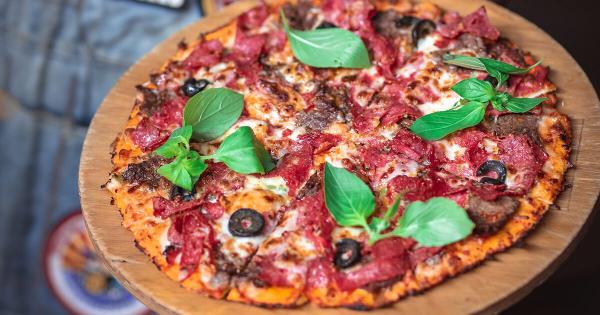 Photo by Mitch Meyers on Unsplash

Today is one of the most celebrated days in the crypto community. It’s a day of intrigue, hilarity, and mockery. Dubbed “Bitcoin Pizza Day,” May 22nd is the annual celebration of one of the worst financial decisions imaginable.

In 2010, Laszlo Hanyecz, a software programmer from Jacksonville, Florida, wanted to test Bitcoin’s usability. Although its creator, the mysterious Satoshi Nakamoto, intended Bitcoin to be used to facilitate transactions, it had minimal traction at the time.

To prove that it could be used to buy something, Hanyecz, posted a proposition on a message board. He would pay 10,000 Bitcoins for two large pizzas. He wasn’t picky about the pizza. Hanyecz wrote at the time:

“You can make the pizza yourself and bring it to my house or order it for me from a delivery place.”

Someone in the U.K. took him up on the offer and agreed to order Hanyecz two pizzas from his local Papa Johns. Although the pizzas only cost $25, Hanyecz paid about $40 worth of Bitcoin to for the experience.

Of course, the novelty of the moment has given way to incredulity at the decision.

In a 2013 interview with the New York Times, Hanyecz defended his actions:

“It wasn’t like Bitcoins had any value back then, so the idea of trading them for a pizza was incredibly cool…No one knew it was going to get so big.”

Bitcoin did get big, and Hanyecz lost a fortune in the gambit.

Now, Hanyecz’s experiment is a cautionary tale for crypto skeptics or those looking to unload their digital currency.

As an ominous reminder of the possible growth of cryptocurrencies, the Twitter handle @bitcoin_pizza posts a daily update on the value of those two pizzas. According to today’s Tweet, Hanyecz’s two Papa John’s pizzas cost him more than $83 million.

For his part, Hanyecz is apparently confident in his purchase. When asked if he regrets his decision, Hanyecz demurred and claimed a theoretical victory. When Bitcoin reached $1, Hanyecz sold his remaining Bitcoin and earned around $4,000. As he told the Times:

“That was enough to get a new computer and a couple of new video cards…So I’d say I ended up on top.”

Most people would disagree.

While no one has the benefit of hindsight, May 22nd is a reminder that bad luck or bad instincts can have enormous implications.

It’s an opportunity to laugh at Laszlo Hanyecz’s decision, and it’s a reminder that nobody truly knows how to call the top or the bottom of the crypto market.