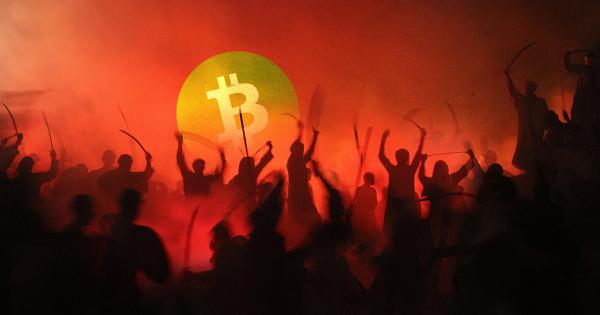 Photo by Hasan Almasi on Unsplash

Bitmain has long been a backer of Bitcoin Cash since the emergence of Bitcoin ABC in 2017. As of August 2018, Bitmain is said to have held over one million in BCH, as said by a co-owner of bitcoin.org and bitcointalk.org.

BITMAIN holding 1M+ BCH is a very powerful statement that they have skin in the game and put their money where their mouth is. It’s a good and calculated move, and it’s not wise to underestimate them.

This week, Jihan Wu, a co-founder and former CEO of Bitmain, the world’s largest cryptocurrency mining manufacturer, reportedly ousted Micree Zhan, another co-founder of the company.

According to local media and investors like Dovey Wan, founding partner at Primitive Ventures, Micree was forced out of the company in an “ugly” way. She said:

“Chinese news reported: according to who’s close to the matter, Micree was outcasted in an ugly way, he may consider dump BCH he owns .. which is 1.6M BCH total. This will be extremely irrational if true, it’s nuts.”

The increase in the average size of BCH transactions indicates that a growing number of investors are speculating on the possible effect the change-up in the leadership of Bitmain could have on the price of Bitcoin Cash.

Some believe that the abrupt alteration in the structure of the firm could endanger the company’s plans to initiate an initial public offering (IPO). Wan added:

“According to public record, Jihan Wu took over Micree Zhan as the legal representative of Bitmain in China. Under China law, this means he serves as the legal embodiment of the company, which is a crucial role. Bitmain obviously can’t sit still while Canaan filed IPO.”

Others, like the aforementioned co-founder of bitcoin.org and bitcointalk.org, said that the “reappointment” of Jihan Wu as the representative of Bitmain could be a solid first step towards the company regaining market share that it has lost.

Congratulations to @JihanWu for coming back into his leadership role at BITMAIN. Now he can begin the tough job of gaining back all the market share BITMAIN lost to Halong Mining.

With the public’s opinion divided on whether the implication of the Bitmain leadership change is a positive or a negative factor for the firm’s long-term growth trend, the rise in the average Bitcoin Cash transaction size demonstrates that whichever way, most investors expect it to have an impact on BCH.

The price of BCH increased from around $220 to nearly $300 in the past seven days by more than 30 percent against the U.S. dollar.

So far, based on the price trend of the asset, it seems that investors are leaning towards the Bitmain fiasco potentially having a positive effect on Bitcoin Cash, as a larger holder of the digital asset.

As of now, it remains unclear whether Bitmain would be able to proceed with its plans to IPO in the U.S. market, while its rival Canaan has already filed for an IPO on the Nasdaq.

Bitmain, one of the largest mining hardware manufacturers in the world, has ousted co-founder and largest shareholder Micree Zhan Ketuan in what seems to have been a bloody power struggle within the company.

Despite an initial difference in mining speed between the two Bitcoin forks, an increase in BTC’s hashpower has been steadily narrowing Bitcoin’s supply lead.