What’s Going on with NEO?

NEO is the latest altcoin to see a massive price gain in a volatile November cryptocurrency market. 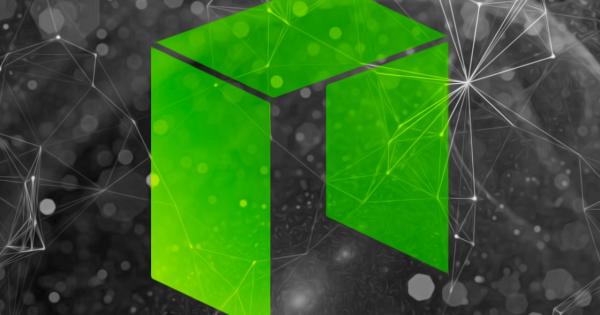 NEO is the latest altcoin to see a massive price gain in a volatile November cryptocurrency market.

The cryptocurrency market is as volatile as ever, thanks in large part to the ‘real’ Bitcoin war. Most altcoins have seen a huge influx of investment as Bitcoin Cash spews its molten lava across the industry. NEO’s rumor mill has been teeming in recent days, making it the latest to benefit from investors seeking new profits.

The price of NEO has surged from $26 to push through $40 on several occasions during mid-November. This is no surprise to many, with NEO widely-tipped as the altcoin to watch. Despite low prices, in recent months investors have been waiting for a price move driven by China.

It promises to be a big November for NEO as speculation grows on developments for the cryptocurrency. The price surged more than 15% with the news that Onchain is working with NEO for the Ontology Platform, a distributed trust network.

NEO continues to gain strength and could become a strong competitor to the Ethereum blockchain thanks to the programming flexibility on offer.

Rumors in the West are buzzing about what is going on in the East, specifically China. China’s ban on ICOs has invoked some pretty strong opinions (as government involvement in cryptocurrency always does). It is not a huge leap to believe that China may eventually lift the ban to allow companies to work with NEO, a Chinese blockchain.

With 60% of the world’s crypto investors situated in China, a selection of investors sees this as a potential upswing possibility. If they are all forced to work with NEO for ICOs that could trigger huge demand.

On the other hand, there are some worrying signs that NEO is much more centralized than previously thought.

In fact, at the time of writing, there are only 13 nodes on the network, all of them handpicked and white-flagged by the developers. That’s a stunning control of a two-year-old crypto with a market cap of over two and a half billion dollars.

Is this control being driven by the Chinese government? Possibly, but after doing a little digging it looks unlikely.

A piece from Store of Value brings to the fore several worrying points, none more so than data suggesting no one in China even notices NEO. Buyers are surging from the West on the promise of a bright future. The article stunningly reveals the following:

“More than 90% of NEO’s volume comes from Bittrex and Binance, two exchanges used mainly by Westerners.”

If true it becomes quite an eye opener for anyone looking at NEO. But then what in the Bitcoin and cryptocurrency world is not a speculative ‘promise of a bright future’? Even Bitcoin is an experiment for which we don’t know the outcome. So far there is no real-world, widespread use of cryptocurrency or blockchains. We don’t transact cryptos in day-to-day life or even store value. We are all gambling on a promise that this is the future.

The close of 2017 should be interesting for NEO. How many strong ICOs will jump on board with them? It still remains to be seen whether China will begin allowing ICOs again, and if so, whether there will be a requirement to use NEO as the blockchain platform.  In the meantime, at the very least we should know in the next few days what big announcement the NEO team has in store for us.

Today NEO issued a formal apology to the NEO community in response to the backlash about how they handled last Friday’s teaser “announcement of an announcement.” This caused many to speculate NEO would be announcing news of relaxed Chinese regulations, however this proved not to be the case.

The announcement instead still focused on positive news such as a partnership with Microsoft China and a new public platform for distrivuted trust networks known as Ontology. Additionally, members from the largest community organization released a whitepaper for a decentralized exchange known as NEX. Exciting times are definitely in store for the NEO project and community.