If you’ve been on Crypto Twitter at all over the past 48 hours, you’ve likely realized that “Nakamoto,” the surname of pseudonymous Bitcoin creator Satoshi Nakamoto, is trending in our quirky corner of the Internet. 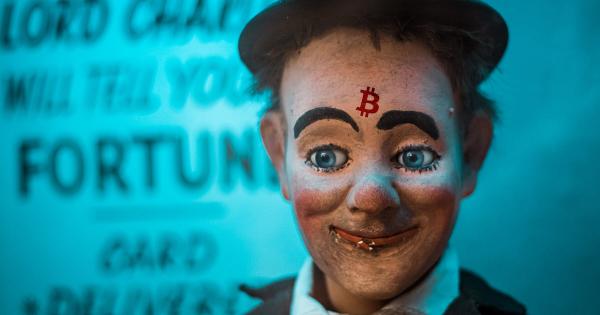 If you’ve been on Crypto Twitter at all over the past 48 hours, you’ve likely realized that “Nakamoto,” the surname of pseudonymous Bitcoin creator Satoshi Nakamoto, is trending in our quirky corner of the Internet.

No, it isn’t what you think; the real-life identity of the cryptocurrency godfather wasn’t revealed. Instead, the heavy usage of the (dare I say) sacred name is related to a new controversial “pro-Bitcoin”—more on the usage of this seemingly straightforward term later—blog contributed to by some of the biggest names in this fledgling industry, Ethereum’s very own Vitalik Buterin included.

On the evening of Jan. 3—the anniversary of Bitcoin’s first block, known as the Genesis Block—some of the most prominent names in cryptocurrency began retweeting the below tweet from a new Twitter handle, @Nakamoto.

On the 11th anniversary of Bitcoin's Genesis Block, we're pleased to announce https://t.co/yP7TnpkSU6, a new general interest journal for the crypto community. Our inaugural issue has contributions from @vitalikbuterin, @lopp, @zooko, @ljxie, @dwr, @arrington, and @balajis.

Those retweeting the message—a list that included Ethereum creator Vitalik Buterin, long-time Bitcoin builder Jameson Lopp, and creator of Zcash Zooko Wilcox—were celebrating not only the anniversary of Bitcoin but a new project too.

The project, Nakamoto.com, “a new general interest journal for the crypto community” seemingly helmed by Balaji S. Srinivasan, a long-time cryptocurrency entrepreneur who founded Earn.com and CoinCenter and was formally Coinbase’s CTO.

And this isn’t any old crypto news publication, of which there are an abundance already; the list of initial contributors included the names aforementioned along with Coinbase’s Brian Armstrong, Bitcoin.com Chairman Roger Ver, Silicon Valley household name Naval Ravikant, Lightning Labs CEO Elizabeth Stark, Block.one (EOS creator) CEO Brendan Blumer, and many more individuals in that class of industry insiders.

From that lineup of contributors alone, it seemed certain that Nakamoto.com was going to become the crème de la crème of crypto journals.

But it quickly became apparent that the cryptocurrency community—specifically the Bitcoin maximalists—had other plans for the site. And by “plans” I don’t mean the good kind.

Upon launch, the site began pushing out a flurry of articles: “Zcash, the HTTPS of Blockchains” by Zooko Wilcox, “Coinbase’s Pragmatic Crypto Culture” by early Coinbase employee Dan Romero, “A beginner’s guide to DeFi” by cryptocurrency investor Linda Xie, and “It Will Take Years for Smart People to Understand Cryptocurrencies” by TechCrunch founder and crypto fund manager Michael Arrington.

Arguably, this was seemingly standard crypto content; Wilcox, for instance, was writing about his own blockchain project, and Arrington’s piece was centered around his own experience in this fledgling space.

But, upon digging, a number of prominent Bitcoiners—also known as Bitcoin maximalists—found that this very content and the contributors listed on the site seemingly contradicted the Nakamoto.com’s written rule of only receiving contributions by those that are “pro-Bitcoin (BTC) for the long-term.”

Indeed, the contributor list included (and still includes) Roger Ver, who on the day Nakamoto.com launched released posted the below tweet, branding Bitcoin as a project with “high fees,” the same level of custodianship as PayPal, and “unreliable” and “slow” characteristics; and Dan Larimer, an EOS co-founder who once wrote he could “take down Bitcoin and Ethereum for quite a while with just 3 pool operators.”

And thus, Bitcoiners pushed back against the site in droves, mobilizing their Twitter followings.

Pseudonymous Bitcoin trader WhalePanda posted the below tweet in the wake of the release, writing that “more than half of [the listed contributors] are pretty much against Bitcoin and have been attacking it for years.”

Cool story bro: if you actually go through the list of contributors you'll find that more than half of them are pretty much against Bitcoin and have been attacking it for years. https://t.co/NvedaP0oJY pic.twitter.com/LoCmhWit8c

“Brian Armstrong mentions Bitcoin just once in this article, and it’s just citing some else’s opinion on it,” Mow wrote, adding a laughing-crying emoji to exaggerate his point.

Brian Armstrong mentions #Bitcoin just once in this article, and it’s just citing some else’s opinion on it. ? https://t.co/B0nDzGY8RY

The fact that the new site was branded with the name of Bitcoin’s creator added insult to injury, some said. Peter McCormack, a prominent industry podcaster and commentator, elaborated:

“Any use of the Satoshi Nakamoto name to promote anything outside of Bitcoin is disingenuous AF!”

Right now, Nakamoto.com is in a weird place: it’s generally despised by Bitcoin maximalists and the rest of the community is seemingly neutral on the subject matter. Also, the site’s Telegram group, in which individuals like Buterin were talking candidly about crypto subject matters, has been effectively shuttered, with admins being the only individuals with the permission to speak.

So far, only one contributor has revoked their consent to be listed on the site. This was Tuur Demeester, founder of Adamant Capital, who remarked that he “[is] not comfortable attaching my name to the platform.”

But those pushing back against Nakamoto.com have received some pushback themselves.

Udi Wertheimer, a prominent coder working in the Bitcoin space, noted that Satoshi himself “supported Namecoin,” adding that if the BTC creator was around, “he’d [likely] support some other coins… privacy coins too.”

Satoshi supported namecoin. I’m quite positive he’d support some other coins if he were around (hey, no one’s perfect). As I said earlier he’d probably want Vitalik to have a guest post on his blog. Privacy coins too

Also, the founders of the site haven’t announced any intentions to change their strategy, save for the closure of the Telegram channel.

So unlike its namesake, it appears Nakamoto.com is staying online.