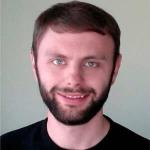 Daniel Larimer is a software programmer and cryptocurrency entrepreneur. Larimer created the cryptocurrency platform BitShares, co-founded the blockchain Steem, and is currently CTO of Block.one, a company involved with the development of EOS.

In 2013, Larimer created BitShares. BitShares were originally named ProtoShares and intended to function as shares of virtual companies. It has since been described as a cryptocurrency platform, a digital currency, or a digital exchange. It’s organized as a decentralized autonomous organization (DAO).

In 2016, Larimer left BitShares to co-found the blockchain Steem and the application Steemit, a social network which uses blockchain technology to reward users for their content, on top of it. After co-founding Steemit together with Ned Scott, Larimer was CTO of the platform until March 14, 2017.