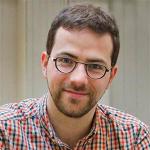 Tuur Demeester is the founder of Adamant Capital, a Bitcoin Alpha fund.

Demeester has an ‘out of the box’​ approach, combining academic rigor, a focus on historical patterns, productive investment paranoia, and a knack for exploring new territories and opportunities.

Demeester has been publicly commenting on macroeconomic trends since 2008. His investment newsletter MacroTrends was launched in 2011 and ran until November 2013, when he passed it to a successor. He recommended Bitcoin as an investment to his readers at $5 in 2012. He is a regular speaker at Bitcoin conferences and consults for various startups and funds.

In 2011, Demeester’s paper “The Business Cycle: A Definition”​ was published in the Spanish academic paper ‘Procesos de Mercado’​ (see attachment below).

Demeester worked on this paper for many months, and he stands by it as his proof and illustration that the science of economics is meaningless without a fundamental connection to morality and natural law.