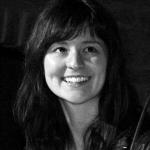 Elizabeth Stark is co-founder and CEO of Lightning Labs, where she is building a programmable financial layer for the internet through fast, scalable blockchain transactions. Further, she is a fellow at Coin Center, the leading digital currency policy organization, and an advisor at Chia, a company building a new blockchain protocol based on proof of space and time.

Stark previously taught at Stanford and Yale University about the future of the internet and was a visiting fellow at Yale’s Information Society Project. Elizabeth played an instrumental role in the Internet freedom effort that defeated SOPA/PIPA, engaging 18 million people worldwide. She has advised startups ranging from decentralized technology to AI and was an entrepreneur-in-residence at Stanford StartX. Stark holds a J.D. from Harvard.