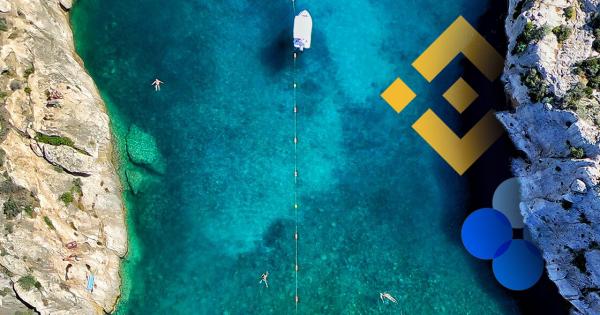 CryptoCompare’s March 2019 Exchange Review found that the previous month saw a 70 percent increase in volume from crypto-to-crypto exchanges. Crypto spot markets also saw a huge increase, leading many to believe that the dreaded crypto winter could finally be coming to an end.

Key Developments In The Exchange Market

The CryptoCompare review has long been seen as one of the best ways to gain insight into the current state of the cryptocurrency market and predict the industry’s future. The London-based company recently published its March review, which showed an unexpected growth rate throughout the entire sector.

Charles Hayter, the CEO of CryptoCompare, said in the company’s release:

“We continue to see great appetite from both retail and institutional investors to capitalize on the opportunities crypto asset trading can bring.”

Hayter also added that the crypto market has taken positive steps in the development of a nascent crypto derivatives market and creating better trading tools. This, Hayter said, are the two main areas that attract institutional investors.

However, despite increased institutional interest, the majority of crypto trading is not happening on regulated exchanges. CryptoCompare’s review found that CME’s bitcoin futures product volumes decreased by 29 percent in March, while CBOE‘s dropped by almost 16 percent.

And while some might interpret this as the industry stagnating, other data showed that trading is actually booming.

The review also found that the majority of last month’s trading volume happened on exchanges registered in Malta, which saw a 56 percent increase in trading volume since February. Legally-registered exchanges in Hong Kong and South Korea followed closely, as they saw their volumes increase 54 and 21 percent, respectively.

Crypto-to-crypto exchanges saw a 70 percent increase in volume from last month, while those that offer fiat pairs decreased 8 percent, the report found.

In February, Bitcoin to USDT trading volumes represented around 70 percent of total Bitcoin volume that was traded either into fiat or to stablecoins. March, however, saw a 43 percent increase, with BTC to USDT volumes accounting for 81.7 percent of all Bitcoin trading.

The review also found that around $325 billion was traded on crypto spot markets. The month’s 47.5 percent increase seems to be supported by an increase in web traffic the exchanges saw, which grew by 32 percent.

The exchange that saw the biggest crypto-fiat trading volume in March was Bithumb with $32 billion. Bithumb was followed by Upbit and Bitfinex. Upbit saw a 26 percent rise and reported a total of $7.2 billion traded. The exchange was way ahead of Bitfinex, whose $3.1 billion trading volume represented a 28 percent decline from February.

All of the leading trans-fee mining exchanges saw a sharp increase in volumes, with the largest, CoinBene, up 56 percent since February. However, FCoin saw the biggest growth, as its trading volume increased 128 percent since last month. Trading volumes on decentralized exchanges were also up, with the top performer, EtherMium, up 42 percent.

WavesDEX, however, was the worst performer of the month, as it experienced a sharp 55 percent decrease in volume.