The Maltese Parliament has passed a series of pro-blockchain bills into law, heralding the launch of a new concrete legal framework for blockchain industry within the island nation. 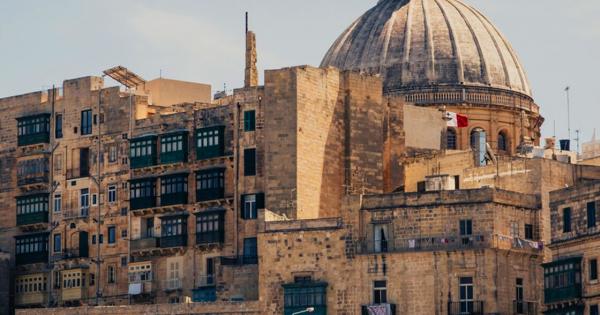 The Maltese Parliament passed a series of pro-blockchain bills into law, heralding the launch of a new concrete legal framework for blockchain industry within the island nation. The new bills-turned-law specify the regulation of initial coin offerings (ICOs) and cryptocurrencies in Malta and clearly outlines the launching process of crypto-related businesses, establishing the country as a highly attractive location for blockchain enterprise.

Maltese Prime Minister Joseph Muscat took to Twitter on July 4, 2018, to announce the launch of the new framework, which was unanimously passed into law on June 26.

#Malta ?? officially the first country worldwide to have holistic legislative framework regulating #blockchain & #DLT technologies. We will be the #global hub for market leaders in this new sector. Now for the implementation of #BlockchainIsland -JM @SilvioSchembri

The three bills passed into law are linked to the manner in which ICOs are registered and operated, the way crypto-assets and blockchain platforms are regulated, and the registration of exchange platforms within Malta.

The first of the three bills, the Virtual Financial Assets Act, intends to regulate ICOs. Under new Maltese law, companies planning to generate startup capital via ICOs will be required to publish detailed white papers that meet a range of specific requirements. Notably, individuals seeking to launch ICOs in Malta will be expected to make public their financial history.

The Technology Arrangements and Services Bill outlines the registration of “technology service providers,” and appears to be aimed primarily at the registry and operation of innovative technology arrangements and services. The entities governed by this act include software and architectures which are used in designing and delivering DLT, as well as smart contracts and related applications and, interestingly, decentralized autonomous organizations.

The first CEO of the Malta Digital Innovation Authority was confirmed by the Times of Malta as Stephen McCarthy, who most recently served as the CEO of the Housing Authority.

Cryptocurrency exchange juggernaut Binance announced that the platform will move to Malta in March 2018 and was swiftly followed by OKEx. Chris Lee, the CEO of OKEx, described the Maltese government as “forward thinking,”  echoing the statements of Binance Chief Executive Officer Zhao Changpeng — who plans to leverage the progressive legislative stance of the Maltese government in order to deliver fiat-to-crypto pairings:

“We are very confident we can announce a banking partnership there soon. Malta is very progressive when it comes to crypto and fintech.”