One of the fastest growing crypto exchanges over the past year, Binance, announced on its official blog its intention to move operations to the European island of Malta. 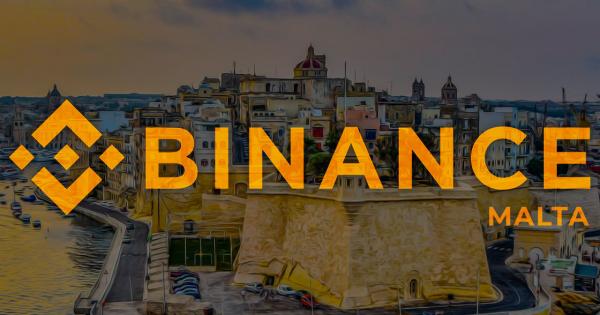 One of the fastest growing crypto exchanges over the past year, Binance, announced on its official blog its intention to move operations to the European island of Malta.

This decision comes after the difficulties experienced to operate under the conditions imposed by the Japanese government. A few weeks ago the Asian newspaper Nikkei reported that the Financial Services Agency of Japan (FSA) said Binance was operating in Japan with no registration and judged that investors could suffer damage. In turn, this led many investors panicked, and this immediately led to a bearish trend in bitcoin prices.

The warning announced by the FSA, in addition to a series of obstacles and government threats made Asia an unpleasant place for an exchange as crucial to markets as Binance.

Investors who store their fiat currencies and cryptocurrencies with unregulated cryptocurrency exchanges should be aware of the risks of hacking and misappropriation of assets.”

To overcome these obstacles, the notorious Hong Kong-based Exchange decided to take action, and similarly to what some New York-based exchanges did when the BitLicense was announced, began the search for a better place to settle.

Malta is a small European island, whose leaders are looking to position within the world of cryptocurrencies as a reference country in legal regulations attracting investors in FinTech and related industries.

According to the national newspaper The Malta Independent, the country is determined to create a new agency called the Malta Digital Innovation Authority, which would not only regulate the subject matter of the cryptocurrency market but also promote suitable conditions to attract investors.

M for Malta. It's beautiful!

One of the people behind this project is the Parliamentary Secretary for the Digital Economy, Silvio Schembri.

Schembri not only took care of the bureaucratic paperwork but also got down to work with experts, a task that led him to meet “CZ”, Binance CEO & Founder, Zhao Changpeng who was enthusiastic about the country’s vision:

After meeting with Parliamentary Secretary, Mr. Silvio Schembri, we were impressed by the logical, clear and forward thinking nature of Malta’s leadership. After reviewing a proposal bill, we are convinced that Malta will be the next hotbed for innovative blockchain companies, and a centre of the blockchain ecosystem in Europe. Binance is committed to lending our expertise to help shape a healthy regulatory framework as well as providing funds for other blockchain start-ups to grow the industry further in Malta.”

They are already actively working on the installation of these new offices, and are recruiting staff. If you are interested in working with them, send an email to [email protected]

The government of Malta, in turn, announced that they welcomed with open arms the installation of a company like Binance, this being a clear signal of the political direction that the country wants to take to boost the blockchain industry. Something that, of course, will have a positive impact on their economy.

Welcome to #Malta ?? @binance. We aim to be the global trailblazers in the regulation of blockchain-based businesses and the jurisdiction of quality and choice for world class fintech companies -JM @SilvioSchembri https://t.co/3qtAQjOpuQ

CZ, of course, contributed to this momentum with a tweet inviting other startups and stable companies to see Malta as an option to establish themselves.

Honored, sir! Part of my original quote to Bloomberg that was left out of the article. "Malta is very progressive when it comes to crypto and fintech. We think it is a good place for other crypto businesses to look into as well." https://t.co/cBZJnEgUGk

A good future is in store for Binance after this significant strategic move. Their announcements, offers, and vision for the future towards decentralization have made their growth surpass that of many other exchanges with more time in the market, and without a doubt, more good news will follow now that they have a robust legal framework.