Binance, the world’s second-largest cryptocurrency exchange by daily volume, has announced an investment in Founders Bank, a decentralized banking platform based in Malta. 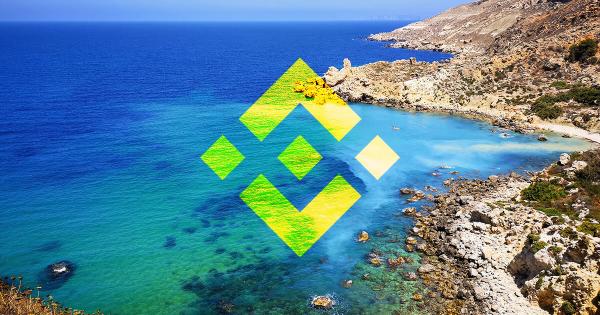 Photo by Remi Yuan on Unsplash

Binance, the world’s second-largest cryptocurrency exchange by daily volume, announced an investment in Founders Bank, a decentralized banking platform based in Malta. The recent passing of pro-blockchain bills into law on “blockchain island” has made the Mediterranean nation a prime location for crypto-related ventures, and is now set to become home to a full-value blockchain ecosystem.

We are proud to be a part of the #BlockchainIsland. With its unique DLT/blockchain framework #Malta is the place to be for #blockchain companies. https://t.co/wXLIpbngqQ

The fundraising model through which the Founders Bank will be established will integrate “blockchain-style” governance managed with smart contracts. The core goal of the Founders Bank platform, outlined in a Medium post, focuses on serving blockchain tech and crypto businesses, providing users with services such as mobile and desktop banking.

The Founders Bank equity token fundraising model will be managed by Neufund, a Berlin-based investment protocol that adopts a hybridized stance on securities tokenization and issuance. By issuing equity in the Founders Bank platform as a blockchain-based token, the Neufund approach combines elements of an IPO, an ICO, and a VC round in a manner that is compatible with Maltese and German regulatory requirements.

“We are not only excited to be one of the first investors of this inclusive community for this pioneering initiative, but also look forward to explore the full range of its banking services. We continue to be delighted by the vibrant blockchain opportunities in Malta, and look forward to launching more partnerships in the region.”

The supervisory board of Founders Bank will be spearheaded by Chairman and co-founder Michael Bianchi, who highlighted the pioneering equity offering via which the platform will be launched:

“Founders Bank is the missing piece of Blockchain Island on Malta. We are proud to announce our progressive banking solutions tailored for the needs of decentralised companies, with already existing support from the leaders of the blockchain industry, including Binance and Neufund. I am excited about the upcoming equity token offering when everyone will be able to become the co-owner of the company and shape the future of banking with us”

I am delighted to see #BlockchainIsland companies collaborate. @binance just announced its support for community-owned @foundersbankorg which will provides progressive fintech solutions and soon its #STO on @neufundorg https://t.co/5LIiOuU3PP

Binance’s announcement of support for the Founders Bank follows the passing of several pro-blockchain bills into Maltese law, firmly establishing the island as a fintech and blockchain development hub. The potential impact of a fully-licensed decentralized banking platform could significantly disrupt the financial landscape of the future, and potentially boost cryptocurrency adoption rates by making real-world cryptocurrency debit card purchases possible once again.

The Founders Bank platform is anticipated to launch in the first half of 2019, with the Neufund-managed equity token offering later in 2018. Further details regarding the distributed banking platform will be revealed during the Delta Summit in Malta, October 3-5, 2018.

Throughout his career, Abdalla Kablan founded a number of startups and companies specializing in deep learning, professional matchmaking, and Fintech.