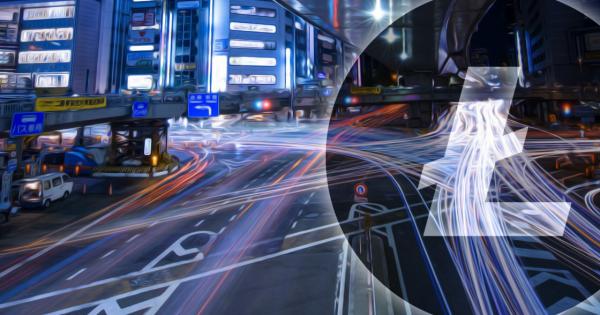 According to Litecoin.com, the recent onchain metrics for LTC indicate that a “potential floor of support and intrinsic user interest” in the proof-of-work-based cryptocurrency has been established.

The team at Litecoin.com, an online resource for the latest information for ongoing development of Litecoin, argued that several onchain metrics for the leading cryptocurrency “began flatlining” earlier this year.

Data from BitInfoCharts now suggests that “interest has once more started growing across the board” for Litecoin. Yet, the network interest for LTC does not seem to coincide with the crypo-asset’s current market price, Litecoin.com’s team noted.

As mentioned in Litecoin.com’s latest blog post, the LTC network has experienced “increases across a number of key data sets.” Notably, more than $1.6 billion in value was transferred on the Scrypt mining protocol-based network during a 24-hour period on May 16, Litecoin.com’s team revealed.

However, Litecoin.com’s blog pointed out that the current figures are still quite low when compared to the average $2 billion transacted daily on the LTC network during late 2017 and early 2018 when crypto-asset prices reached their all-time highs.

Although LTC network activity has not reached levels comparable to those seen during the historic crypto market bull run of 2017, the team at Litecoin.com noted that the average transaction value increased significantly on the peer-to-peer digital asset platform.

Average transfers on the Litecoin blockchain increased from approximately $7,000 to $20,000, Litecoin.com revealed.

“Such sizeable transactions indicate the network is still primarily being used by affluent individuals to avoid traditional monetary transfer fees or as a speculative asset in which to invest. Not that this is necessarily bad, however, it runs contrary to the idea of these networks being used by [regular people] for smaller daily payments,” said the Litecoin.com team.

LTC active addresses peak at over 80,000

Litecoin.com’s blog further noted that active LTC addresses also experienced a significant increase, recently peaking at over 80,000 active addresses. However, this doesn’t necessarily mean there are more network participants, the team noted. The figure could be misleading because a single user (or small group of users) could potentially create a large number of LTC addresses, which is a common practice among centralized crypto exchanges, the Litecoin.com team explained.

In addition to a rise in active addresses, the number of daily LTC transactions increased from 20,000 to 27,000, Litecoin.com’s blog revealed. Although these figures are still well below the level of activity the LTC network experienced in late 2017, the latest surge in Litecoin network transactions could be an “early sign” that more users are taking interest in the $7 billion cryptocurrency platform.

This post was last updated on November 7th, 2019 at 02:52 amAfter several weeks of bullish momentum, most of the top market cap cryptos are going through a period of consolidation.

This post was last updated on November 7th, 2019 at 02:52 amWhatsApp, the world’s most popular messaging platform, will now allow its users to transfer Bitcoin and Litecoin via the Lite.Im bot.

This post was last updated on November 7th, 2019 at 02:33 amLitecoin (LTC), one of the earliest Bitcoin forks, is only 100 days away from a block reward reduction event that plans to make it harder for the tokens to be mined—which could make the circulating supply of LTC more valuable.

This post was last updated on April 9th, 2020 at 06:42 pmAccording to Litecoin dot com and the data published by BitInfoCharts, the hash rate of Litecoin (LTC) achieved a new all-time high on April 8 at 359 terahash.