Litecoin — long heralded as the “digital silver” to Bitcoin — led gains in border crypto market this week as the DeFi boom, poor economic outlook in traditional markets, and the rise of gold sparked somewhat of a crypto run. 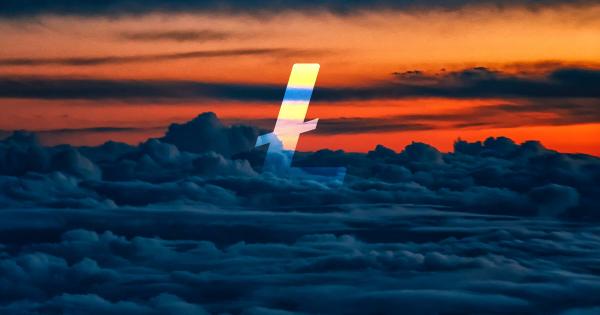 Litecoin — long heralded as the “digital silver” to Bitcoin — led gains in border crypto market this week as the DeFi boom, poor economic outlook in traditional markets, and the rise of gold sparked somewhat of a crypto run.

Founder Charlie Lee pointed out the digital currency was once again leading alongside Bitcoin, cementing its strong demand and use even as newer tokens aim to displace the status quo.

In this run up, Bitcoin is destroying ratios of all the major altcoins except for one. ?? pic.twitter.com/YKl2vCExNI

For some in the market, Litecoin has historically served as a leading indicator of Bitcoin prices (one that moves ahead of BTC instead of “lagging” the pioneer).

Willy Woo, a prominent trader and on-chain analyst, pointed this aspect out in a tweet in April. At the time, he noted that “LTC has a habit of leading BTC:”

LTC has a habit of leading BTC.

Shorters gonna be rekt (not from just this chart but from other fundamentals too). pic.twitter.com/v1JeeVyd1Q

While didn’t refer to that model since, his latest tweet suggested the crypto market had turned bullish:

“Alts frothy, ETH getting a DeFi tailwind, volatility returning, BTC mempool peaking, BTC txs clogging, this is all great signs for the months ahead.”

With yesterday’s 15 percent gain among all large-cap cryptocurrencies compared to Bitcoin’s 7 percent; the model for Litecoin to be a leading indicator seems to still hold weightage.

Founded in 2011, Litecoin was an early Bitcoin spinoff (the first so-called altcoin). In technical terms: it’s identical to the latter but features a shorter block time, a larger market cap, and a different hashing algorithm (scrypt, instead of Bitcoin’s SHA-256).

In May 2017, Litecoin became the first of the top 5 (by market cap) cryptocurrencies to adopt Segregated Witness. Later in May of the same year, the first Lightning Network transaction was completed through Litecoin, transferring 0.00000001 LTC from Zürich to San Francisco in under one second.

But despite these developments, many in the crypto industry suggest Litecoin is a Bitcoin imitator, with no new innovations of its own.

That might soon change: Litecoin’s MimbleWimble testnet is on its way, with developers expecting to ship it in September 2020.

As CryptoSlate previously reported, The MimbleWimble-focused testnet launches in September 2020 and is one of the most awaited features for the broader Litecoin ecosystem.

However, mempool logic for implementing MimbleWimble on Litecoin has turned out an area “a bit more complex” than earlier anticipated, said developers in a June update.