Segregated Witness (SegWit) transactions are on the rise and recently hit a new all-time high. 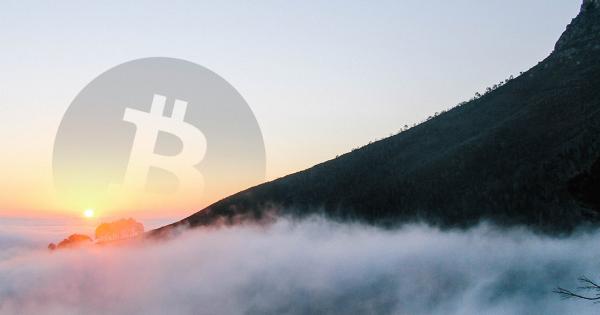 Segregated Witness (SegWit) transactions are on the rise and recently hit a new all-time high.

SegWit adoption on the rise

SegWit is a solution to the Bitcoin scalability problem that was implemented via soft fork on Aug. 2017. It splits a transaction into two segments—appending signature, or “witness” data from the original transaction. By removing signature data, SegWit frees up 65 percent of the space in a given transaction, allowing more of them to fit in a block. This results in a significant drop in fees as more transactions could flow through the network.

The integration of SegWit also permitted malleability in transactions allowing the implementation of functionality like the Lightning Network and atomic swaps operating as a smart contract layer upon the Bitcoin protocol.

Now, SegWit transactions represent 50.5 percent of all the activity on the Bitcoin blockchain, according to TransactionFee.Info. This is a clear sign that its adoption continues to experience steady growth even though some of the most prominent companies in the space have failed to implement it.

Before SegWit, the estimated fee paid for every transaction, depending on the confirmation speed, was around 147 to 230 satoshis per byte, equivalent to $3.11 to $4.87. At the present time, they only account for 44 to 87 satoshis per byte, which is between $0.82 and $1.6. Despite the major impact that its implementation has had on transaction fees, the world’s largest non-custodial wallet platform Blockchain.com has yet to integrate it.

The firm is currently facing criticism for allegedly interrupting the adoption of Bitcoin because of its failure to implement SegWit and other Bitcoin scaling solutions. Back in 2017, Blockchain CEO Peter Smith stated that SegWit was ready to be adopted by his company, but, without explanations, has refused to do so.

…before the hostile Core replies come: yes I support SW. Yes we are ready for it. And yes I've encouraged others:)

BitPay also put a hold on implementing SegWit, but it was until last month that it announced that its wallets would be allowed to use the protocol. In a blog post, BitPay revealed that it was thanks to a user on GitHub who reached out to them with a proposed change to the open-source Bitcoin client library, Bitcore.

As the number of transactions using SegWit continue surging and more companies finally implement it on their platforms, Bitcoin becomes faster and cheaper to use. Based on the adoption rate that this technology has had and its impact on the Bitcoin blockchain, it seems like Bitcoin is getting closer to Satoshi Nakamoto’s idea of peer-to-peer electronic cash.