According to Litecoin dot com and the data published by BitInfoCharts, the hash rate of Litecoin (LTC) achieved a new all-time high on April 8 at 359 terahash. 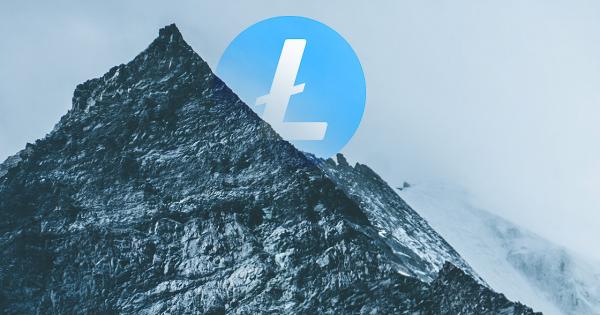 According to Litecoin.com and the data published by BitInfoCharts, the hash rate of Litecoin (LTC) achieved a new all-time high on April 8 at 359 terahash.

The rapid increase in the hash rate of the Litecoin blockchain network, which represents computing power that protects and secures the protocol, comes amidst the demonstration of a strong performance of LTC in recent months.

Year-to-date, since January, LTC has recorded a 160 percent increase in value against the U.S. dollar as one of the best performing cryptocurrencies in the global market alongside Binance Coin (BNB), Enjin Coin (ENJ), and Augur (REP).

While a noticeable increase in the hash rate of any blockchain network is generally considered a positive indicator of confidence, arguments are often made that improvements in hardware and mining equipment can lead the hash rate to rise.

The recent surge in the hash power of the Litecoin network was likely affected by the momentum of the short-term price trend of LTC. But, it is possible that the overall improvement in the efficiency of mining equipment may have fueled the network’s hash rate.

“Another potential explanation for the recent rise, besides price, may be more efficient mining hardware being issued /used. If this were the case we are not expressly aware of it.”

Why LTC Price Seems to be Going Up

In 2017, JP Vergne, a professor at Ivey Business School, discovered in a study that developer activity is the most accurate predictor of the price movement of a cryptocurrency.

The study released by Vergne entitled “Buzz Factor or Innovation Potential: What Explains Cryptocurrencies’ Returns?” noted that while new cryptocurrencies consistently emerge, if they are not backed by active development, investors may lose confidence. The study read:

“Besides, a new cryptocurrency may look more appealing than its older competitors at the time of introduction, but if it is not backed by a solid team of developers who continually improve its underlying software, over time it will be unable to maintain its initial technological advantage.”

Although it can be claimed that there could be cryptocurrencies that are more sophisticated than Litecoin, the activity of the open-source developer community of Litecoin in implementing solutions such as Confidential Transactions and Mimblewimble may have led to the rise in the confidence of investors.

Charlie Lee, the creator of Litecoin, said on January 28:

“Fungibility is the only property of sound money that is missing from Bitcoin & Litecoin. Now that the scaling debate is behind us, the next battleground will be on fungibility and privacy. I am now focused on making Litecoin more fungible by adding Confidential Transactions.”

Can it be Sustained?

If the activity of the open-source developer community of Litecoin is the primary driver of the price and the hash rate of the cryptocurrency, then it is likely that as long as the objectives set forth by Lee and other developers are met in the medium-term, the momentum of the asset could be sustained.

In the past several hours, as the bitcoin price recovered beyond $5,100, LTC recorded a slight increase by 1.4 percent against the U.S. dollar, hovering at $79 in major markets.