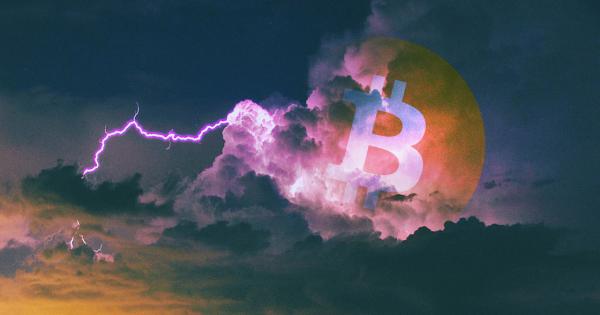 The Bitcoin Lightning Network has seen strong growth, surpassing 30,000 channels and close to 7,000 nodes in 2019. The network has reached new levels of capacity, currently supporting 738 BTC. When combined with endorsements from Twitter CEO, Jack Dorsey, support for the network doesn’t seem to be slowing down.

Now, the network has surpassed a significant milestone, bringing faster and more secure Bitcoin payments. The Lightning Network now has 31,360 channels and just under 7,000 nodes. Its network capacity has also increased by almost 20 percent in the last 30 days.

According to Michael Borglin and Thomas Connors of the Lightning Ramp team, the Casa Lightning Node is “the easiest way to use Lightning available today.” The node comes pre-assembled, requires no coding experience and is pre-synced with Bitcoin for fast activation.

Dorsey said that the Lightning Network could soon be integrated into Cash App. Jeremy Welch, the CEO of Casa, said that Lightning Network in Square would be significant “on multiple levels,” as it could help the network compete with bigger financial institutions.