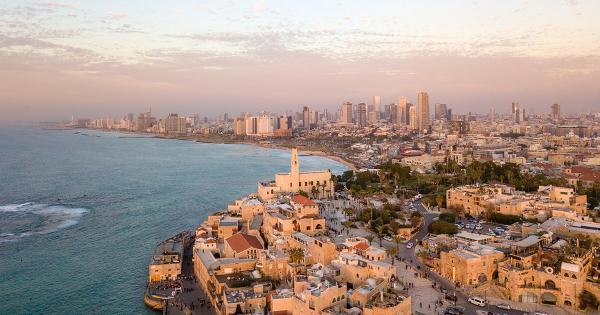 Photo by Adam Jang on Unsplash

Leading the way in research and development expenditures of GDP by percent, cultivating a thriving startup culture comparable to Silicon Valley, Israel is one to watch in the world of blockchain tech innovation.

An Environment Ripe for Innovative Companies

The country’s friendliness toward startup companies appears to be driving much of its recent innovation. In an interview with Coin Journal, Yaniv Altshuler, co-founder, and CEO of predictive software company Endor, reflected on Israel’s attitude toward tech startups:

“Israel boasts a warm, receptive, and supportive environment for startups. The result of the vibrant and healthy ecosystem is that an extraordinary amount of successful tech companies has been founded in Israel, such as ICQ, Wix, and Waze. […] The culture fosters innovative thinking, where people are always being pushed to invent the next way of making life easier, faster, and more efficient.”

And this appears to be supported by data. This year, Israel made Bloomberg’s list of the top global innovators, only coming behind South Korea, home to Samsung, when it came to research and development. The United States fell off this list for the first time ever in its six years of existence, pushed to number 11.

#Israel is Saving Millions for #CryptoInvestors, Cuts Down Crypto Taxes by 50%#Cryptocurrency investors in Israel can heave a sigh of relief as the government looks for alternative and more transparent ways to calculate taxes.#crypto #cryptonewshttps://t.co/2rhAvQn8rv

The amount of tech innovation happening in Israel means plenty of scientists with expertise in cryptography, fintech, and cybersecurity, all essential elements to any blockchain venture. At the start of 2018, Israel had 88 blockchain and cryptocurrency startups, with a large portion of them in the fintech sector at 39 percent of companies. 22 percent fell into the category of enterprise and cloud computing, 21 percent were social media startups, and 13 percent were infrastructure and protocol development companies.

But they’re far from the only categories blockchain companies in Israel are developing in. Agriculture, education, healthcare and even automotive are all listed on the Israeli Blockchain Association’s map of blockchain startups. Health technology company Proof Work aims to give patients more power over their medical records by using the blockchain to grant permission-based access. Vectoriac has built a platform for self-driving vehicles.

In March 2018, the Israeli Securities Authority (ISA) released their interim report on the regulation of public ICOs, which has reportedly moved forward with respect to blockchain and cryptocurrency innovation. Daniel Peled, president of Tel Aviv startup Orbs, said of the report in an interview with Coin Journal:

“It is…very clear from that report, and our own discussions with ISA committee members, that they are not out to kill the market, but are looking to strike the right balance between allowing crypto business to flourish within Israel and protecting token/cryptocurrency holders’ rights.”

The report’s stated goal was finding a balance between protecting investors and allowing innovation, and the ISA assigned a special committee to the project. Among the report’s conclusions were the decision to treat cryptocurrencies as securities on a case by case basis, excluding products such as exchanges and payment platforms from the category.

This approach could be why blockchain startups are beginning to gather momentum in the areas of finance and investment.

In 2017, Microsoft and Israel’s Bank Hapoalim announced a partnership to create a software for digital bank guarantees based on blockchain technology, making it the first banking institution in Israel to utilize blockchain tech for financial contracts.

Startups and nonprofits in Israel are now focusing on education, evangelizing the importance of the blockchain and working to increase adoption – which is still relatively slow compared to countries like Korea, China, and Japan, but nonetheless, on the right path.

According to a recent news release by the Israel Securities Authority (ISA), the regulator has started utilizing blockchain technology to improve cybersecurity and more effectively address challenges regarding information security.

After a spectacular year of growth, Bitcoin and other cryptocurrencies continue to rise in value and to assert their staying power in the mainstream economy.