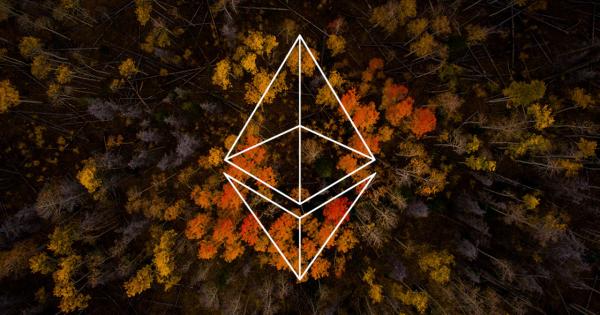 Over the past week, $ETH printed consistent exchange net outflows for *only* the 3rd time in 2019.

Someone has been shopping??? pic.twitter.com/GmNKr7LLHF

Net outflows refer to investors moving funds out of a cryptocurrency exchange to either personal wallets like a non-custodial wallet or a cold wallet to store the asset securely over the long run.

Often, net outflows on cryptocurrency exchanges for assets like ETH occur when the confidence of investors towards the short to medium term trend of the asset rises.

Since September 1, within less than three weeks, the Ethereum price increased from $165 to $217 at its weekly peak, by more than 31 percent against the U.S. dollar.

As said by Ethereum analysts including Anthony Sassano, a product market manager at Set Protocol, the Ethereum blockchain protocol has seen an overall increase in usage in recent months.

On Sept. 16, the Ethereum network processed record high activity on its protocol in the form of transactions and smart contracts, indicating that despite an 85 percent drop from its all-time high, the usage of ETH is consistently increasing.

Yesterday, the Ethereum network processed the most activity in its history. pic.twitter.com/gWxkEad6z7

“Ethereum flipped Bitcoin in daily fees today. You know what’s even more striking about this image? The fees paid on the other blockchains don’t even come anywhere close to Bitcoin & Ethereum which signals to me that there is practically zero demand for these platforms.”

The strong short term trend of ETH is supported by fundamental factors like increasing network usage and daily fees but the major catalyst behind the surge in the Ethereum price is said to have been its steep decline in mid-2019.

At its lowest point in 2019, the Ethereum price fell to as low as $80 across regulated cryptocurrency exchanges, hovering at the low $100 range throughout the first two quarters of the year.

The 93 percent drop from its record high at $1,448 to the low $100 region led the Ethereum price to demonstrate oversold conditions.

When the Ethereum price recovered beyond $190, which has acted as a relatively heavy resistance level for the cryptocurrency, it quickly its made its way to establishing a monthly high.

Ethereum is anticipating the release of its 2.0 version in 2020 and expectations of improved scalability to provide a more practical environment for both developers and users are rising.

“[First step of the 2.0 version is] finalized except for things that come up during the security audits. The clients are now talking to each other. The next step is to make sure they can maintain a public network at scale.

The next step is to make sure they can maintain a public network at scale. We’re talking about potentially hundreds of thousands of validators aggregating a huge number of transactions.”

The anticipation of users towards the 2.0 release, the noticeable increase in the usage of the network, and the recovery of the Ethereum price over an important resistance level are likely fueling the short term momentum of the cryptocurrency.