Ethereum is signaling a move to $300, but it will depend on a break above the $242 resistance level Ali Martinez · 3 years ago · 3 min read
This article is more than 2 years old...
News › Ethereum › Price Watch

Ethereum surged around 33 percent in the last 21 days after a steep decline. 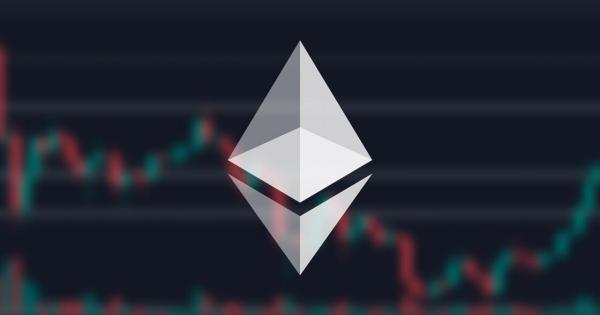 Ethereum surged around 33 percent in the last 21 days after a steep decline. Although it seems like ETH will soon reach an exhaustion point, it could still have more legs. The following technical analysis will evaluate the cause of the recent surge and the possibility for a further upswing.

The $167 support zone, at the moment, represented a pivotal point for ETH’s trend since this price level acted as a strong barrier of resistance during the beginning of the year. Breaking below it was going to cause a further decline to $145 or even $90, as stated by Max Keiser, host of RT’s Keiser Report. On the other hand, holding on to this support level was going to allow Ethereum to rebound and possibly continue its uptrend.

Now that it is confirmed that the $167 support zone was able to hold, this cryptocurrency is surging.

Based on the 1-week chart, the TD sequential indicator presented a bullish signal (in the form of a green 9) above the setup trendline. This buy signal predicts a one to four weeks correction to the upside or the beginning of a new bullish countdown.

In addition, a falling wedge developed under this timeframe. This technical formation signaled a price reversal from bearish to bullish targeting a 38 percent surge that could take ETH to hit $242. Thus far, Ethereum has gone up 25.5 percent from the breakout point ($175) of the falling wedge and has 12.5 percent more to go up in order to reach the target given by this bullish formation.

By measuring the Fibonacci retracement indicator from the high of $363 on June 26 to the low of $164 on Aug. 29 on the 1-day chart, one can identify a series of support and resistance levels that may play a role in ETH’s uptrend.

Ethereum is currently testing the resistance zone given by the 23.6 percent Fibonacci retracement level that sits around $212. Breaking above this level may allow ETH to continue appreciating and test the next level of resistance, around $240 (38.2 percent Fib).

At the moment, Ethereum fundamentals look strong as its network has seen a number of metrics grow substantially since its last rally, including transaction fees and gas usage.

Along the same lines, the technicals for this cryptocurrency suggest that it is bound to continue surging at least another 12.5 percent from current price levels. The different buy signals presented on the 1-week chart have all played out and now it is just a matter of time before ETH hits the different targets mentioned in this analysis.

There is a possibility that Ethereum will reach $300, but it will first have to break above the 150-three-day moving average and the 38.2 percent Fibonacci retracement area. Nonetheless, if there is a spike in selling pressure behind this cryptocurrency that takes it below $196, a retest of the $167 support zone becomes extremely likely.