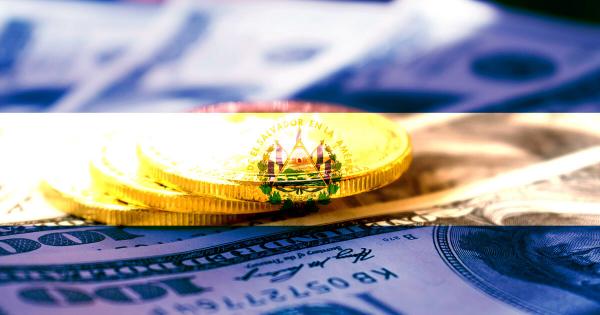 “Adoption of Bitcoin as legal tender raises a number of macroeconomic, financial, and legal issues that require very careful analysis,” said Gerry Rice, an IMF spokesman, during a press meeting.

Rice added the IMF was monitoring developments “closely” and would continue to consult authorities about possible implications.

El Salvador made history earlier this week after its national Congress passed a Bitcoin bill, making the decade-old cryptocurrency a legal tender in the country—one that can be used alongside the US dollar to pay for goods and services, clear debts, and remittances.

But bodies like the IMF don’t seem impressed. They have spent years challenging the overall need and rise of cryptocurrencies, and instead focused on the creation of state-backed digital currencies (which are effectively centralized).

Foreign investors and banks have sided with the IMF in this regard as well. Some have demanded increasingly higher premiums to hold Salvadoran debt, while others like Citibank describe the Bitcoin development as “noise” that spoils the IMF’s ongoing efforts to help the Salvadoran economy.

He added, “Whether El Salvador is going to be attractive (for investors) or not is going to depend on Bukele’s ability to use his unquestionable political capital to bring a large consolidated fiscal deficit into control.”

Not everyone is against El Salvador and Bukele, however. This week saw neighbouring Mexico and Panama, and South American country Paraguay jump on the Bitcoin train as well—local politicians confirmed their interest about integrating the asset in a bigger manner within their economy, with some even switching their Twitter profiles to display the laser eyes meme.

I will be promoting and proposing a legal framework for crypto coins in Mexico's lower house #btc pic.twitter.com/zwhYOZ7KAg