Mexico’s government official is following an example of neighbouring countries as he promotes Bitcoin legalization. 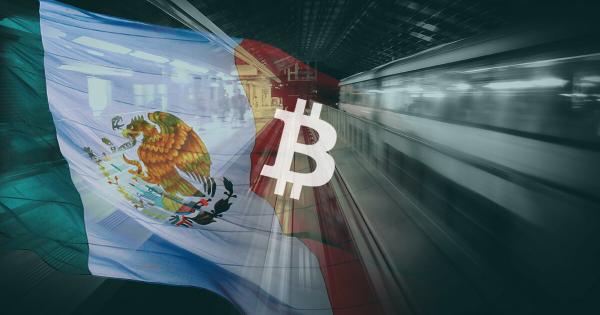 Federal government of Mexico representative, Eduardo Murat Hinojosa announced on Twitter he is taking action to push forward Bitcoin and crypto adoption in the country.

“I will be promoting and proposing a legal framework for crypto coins in Mexico’s lower house,” said Hinojosa, explicitly mentioning Bitcoin in a tweet.

I will be promoting and proposing a legal framework for crypto coins in Mexico's lower house #btc pic.twitter.com/zwhYOZ7KAg

The move comes following El Salvador’s footsteps in recognizing “legal tender” status of Bitcoin (BTC). Similar intentions came from Paraguay earlier this week, and now Mexico is hurrying to jump on board and legalize crypto.

Coming out of the crypto closet

In his tweet, Hinojosa, the current Governor of Oaxaca also changed his profile picture to feature the iconic “laser eyes,” expressing his support for crypto.

“We are going to lead the shift to crypto and fintech in Mexico,” said Hinojosa in a tweet, stating his intention of putting Mexico at the forefront.

Laser eyes are meant to symbolize activation and the growing power of Bitcoin. As such, they became a common way of politicians communicating their support and engagement in crypto legalization.

Besides Hinojosa, another government official, Indira Kempis Martinez, a senator representing the state of Nuevo León, also altered her profile picture and added the symbolic laser eyes. Hinojosa called her a “friend” to the cause.

Meanwhile, Bukele changed his profile picture and switched the laser color of his gaze to blue. This spurred a lot of curiosity among the crypto community, unable to exactly decipher the symbolic message behind the president’s newest profile picture, wondering if his new look reflected his affinity for DeFi projects.

In March 2018, Mexico enacted a Fintech law that outlined the legal framework applicable to crypto. The law defined cryptocurrencies as representations of value electronically registered, utilized, and transferred by the public as a means of payment.

Fintech law granted Mexico’s Central Bank (Banxico) regulative power over crypto, exercised through the issuance of secondary regulations. In addition, services involving cryptocurrencies became classified as vulnerable to money laundering, resulting in rules for reporting relevant transactions that meet or exceed a set amount of roughly $2.800 to the Mexican government.

Despite having many individual investors who back Bitcoin, Mexico witnessed a share of warnings from the authorities regarding cartels and the increasing use of crypto for money laundering operations.