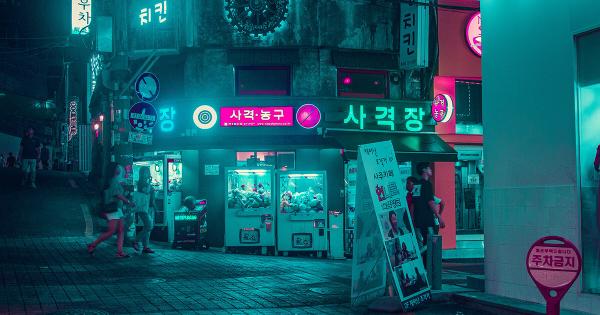 Photo by Sunyu Kim on Unsplash

In 2017, prior to the creation of the newly drafted legislation that will recognize cryptocurrency- and blockchain-related businesses as legitimate, regulated institutions, South Korea’s Ministry of Science & ICT led an initiative to support blockchain development as a part of the fourth industrial revolution.

Kyobo Life, which was selected to lead a pilot project to create blockchain-based automated insurance claiming services within the initiative, reached out to ICON and its development team to work alongside other regulated financial institutions–including KOFIA and 25 security firms–to develop blockchain applications that can be deployed and commercialized at a large scale.

Two months ago, as a follow up to their previous collaboration, Kyobo Life and ICON established an official Memorandum of Understanding (MOU) to utilize the blockchain in automating the complex insurance claiming process.

Currently, most insurance companies and healthcare centers rely on outdated networks and hardware such as fax machines to allow patients to receive their insurance payment.

With a scheduled pilot test in September, Kyobo Life and the ICONLOOP development team are planning to launch a formal operation in October, which will mark the deployment of the first blockchain-based insurance system integrated by one of the largest insurance companies in Asia.

In an exclusive interview with CryptoSlate, Jonghyup Kim, Foundation Council Member at ICON Foundation and CEO of ICONLOOP, said:

“The partnership signed with Kyobo in 2018 is a follow-up project. As the pilot test received good feedback from the government and the industry, Kyobo and ICONLOOP decided to expand the platform by calling together more participants and further automate the claiming process. With more hospitals and insurance providers on board, ICONLOOP will go through a pilot test by September 2018 and launch a formal operation starting October.”

Difficulty in Commercializing Blockchain in the Insurance Sector

Insurance policies regarding data storage and settlements vary depending on the country an insurance company operates in. In South Korea, for example, Kim explained that agencies are prohibited from storing insurance data directly, possibly to prevent security breaches and information leaks.

Legally, there are many issues that insurance companies have to overcome before attempting to upload personal information on the blockchain, which exists in a peer-to-peer and decentralized environment.

To create a blockchain application specifically targeted at insurance companies, the development team will have to design the platform in a way that will remain compliant with local regulations regarding data settlement.

Legal hurdles, not necessarily technical issues, have prevented blockchain-based services from being commercialized in the insurance sector, and for the blockchain to be widely adopted in the industry, both companies and regulators will have to put in additional effort to understand and embrace the technology.

Given the South Korean government’s initiative to include blockchain as one of the core technologies in the fourth industrial revolution paired with Kyobo Life’s enthusiasm toward the potential of blockchain technology, the ICON-Kyobo partnership could be the first step toward wide commercialization of blockchain in South Korea’ insurance sector.

“For instance, in a typical insurance transaction process, a printed copy of the insurance policy must be handed in by the insured him/herself. We are trying to automate this process by either delivering the data from the hospital to the insurer through a separate channel and then recording it on the blockchain, or applying smart contract to new products that do not fall under the regulatory compliance yet. We believe our experiments, by showcasing the true potential of blockchain, can educate corporates, regulators and the public and make a positive impact on regulatory framework in the end.”

Most recently, ICON was selected by the Korea Ministry of Science & ICT to participate in the “Cultivating Innovative Youth Talents 2018” program, which was designed to help 4,500 youth talents specialize in the fourth industrial revolution and core technologies within it, such as blockchain.