Hold on to your hats, Tether USDT shows signs of de-pegging on exchanges

The price of Tether has sunk as low as $0.9663 causing concern that worse is to come. 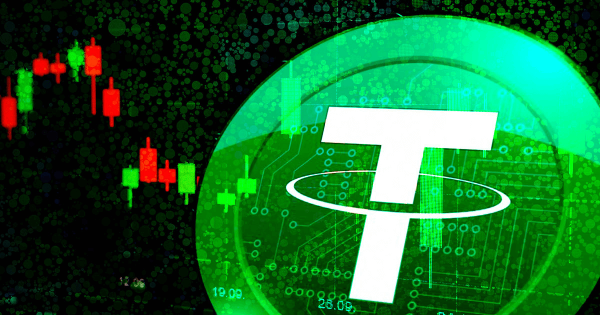 The value of Tether (USDT) stablecoin against the U.S. dollar is seeing significant downward pressure on exchanges and has fallen below its $1 peg price.

Stablecoins under the spotlight

Terra’s UST is an algorithmic stablecoin, which, instead of being backed by assets, relies on an algorithm that incentivizes traders to maintain the peg.

Slight deviations from $1 are expected with stablecoins. However, UST sunk as low as $0.25 on Wednesday, triggering panic in the markets.

This episode has thrust stablecoins firmly into the spotlight. Lawmakers express concern over the lack of regulation that enables such a situation. This week, US Treasury Secretary Janet Yellen called the UST situation a ‘threat to financial stability.’

Tether maintains its peg based on its fiat reserves rather than an algorithmic model. Since its inception, there have been doubts that Tether holds equal dollars to the USDT in circulation —currently at $82.8 billion.

Investigations overseen by the New York Attorney General in February 2021 determined that Tether’s reserves are composed of cash-like assets, including Treasury Bills, commercial paper, and certificates of deposit.

These being more illiquid than cash means a run, where Tether is exchanged for dollars, could present a problem for the company. However, Bitfinex/Tether CTO Paolo Ardoino tweeted that, over the last 24-hours, USDT redemptions have been honored without ‘sweat.’

GM
Reminder that tether is honouring USDt redemptions at 1$ via https://t.co/fB12xESSvB .
>300M redeemed in last 24h without a sweat drop.

Tether remains the most popular stablecoin by market cap and most paired. A significant loss of peg could trigger a crypto ice age.

What’s more, distinctions were being made with the different types of stablecoin. In that, asset-backed were deemed ‘safer’ than algorithmic. Yet this unfolding situation shows all stablecoins are vulnerable.