Terraform Labs CEO Do Kwon suggests endorsing the community proposal 1164, which would increase UST's base pool from $50 million to $100 million. 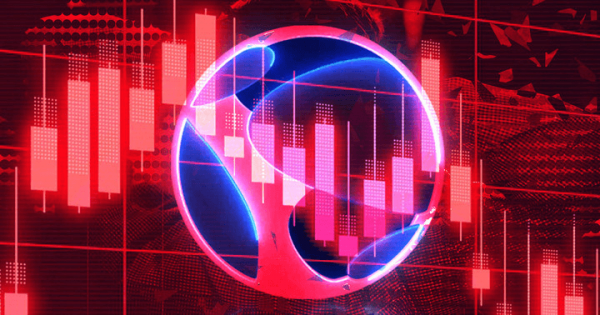 Terraform Labs CEO Do Kwon announced a possible “solution” to deal with the massive crash LUNA and UST experienced over the last couple of days.

TerraUSD (UST), a stablecoin pegged 1:1 to the U.S. dollar,  lost over 50% of its value in an unheard-of event in the crypto space.

Stablecoins serve as hedging havens during extreme volatility because they have the backing of stable assets. However, unlike other stablecoins, TerraForm Labs leveraged a different mechanism to keep UST stable. Specifically, the stablecoin project leveraged complex algorithmic processes linked to Terra (LUNA).

However, LUNA plummeted after investors bailed following the de-pegging of UST. As a result, the coin lost 98.49% of its value over the past seven days. LUNA is currently trading at 0.8755. Its trading volume has also shed over 50% in the day.

Explaining what is preventing the stablecoin from regaining its peg, Kwon said:

The price stabilization mechanism is absorbing UST supply (over 10% of total supply), but the cost of absorbing so much stablecoins at the same time has stretched out the on-chain swap spread to 40%, and Luna price has diminished dramatically absorbing the arbs.

Before anything else, the only path forward will be to absorb the stablecoin supply that wants to exit before $UST can start to repeg. There is no way around it. We propose several remedial measures to aid the peg mechanism to absorb supply.

To achieve this, he suggested endorsing the community proposal 1164, which would allow Terraform Labs to increase UST’s base pool from $50 million to $100 million SDR.

Additionally, the company would reduce the PoolRecoveryBlock from 36 to 18 to help improve the minting capacity from $239 million to around $1.2 billion.

Kwon acknowledged that this solution would be costly for UST and LUNA HODLers. However, he informed the Terra ecosystem that he and his team would continue exploring options to bring in more exogenous capital to the ecosystem and minimize the supply overhang on UST.

Kwon added that as they rebuild UST, Terraform Labs would adjust its collateral mechanism.

UST has the support of prominent figures

Ava Labs founder Emin Gün Sirer defended UST in a Twitter thread on May 10, saying the crypto ecosystem needs a decentralized algorithmic stablecoin that is censorship and seizure resistant. He added that the market does not have room for more than one algorithmic stablecoin, and UST is the only option because it is the largest.

Gün Sirer further noted that UST runs on a resilient blockchain network under heavy load. Additionally, Terraform Labs is based in South Korea, which has friendly regulations for algorithmic stablecoins. To this end, he believes UST has the potential to recover. According to him, every stablecoin in the market has been de-pegged at least once.