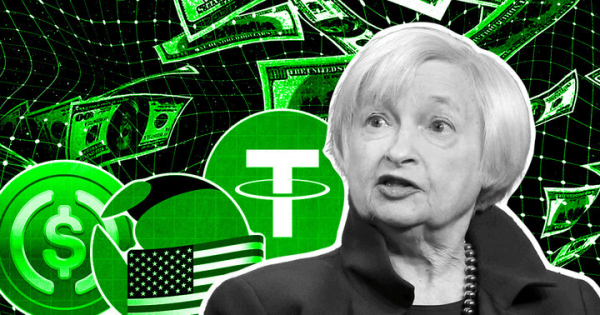 Rumors are circulating online that Citadel Capital may be behind the UST crash as Janet Yellen announces a report on stablecoins.

The hedge fund, which is well known for its involvement in the shorting of GameStop in 2021, may now be involved in shorting LUNA and the mass sell-off of UST that started early this week. An unnamed source denied the rumor stating:

“From a factual standpoint, Citadel does not trade stablecoins, including UST.”

The leak comes from an anonymous post online citing that Citadel borrowed 100K BTC and used it to short UST. Critics also note that Janet Yellen recently revealed plans for a stablecoin report.

Yellen announced the report since stablecoins “threaten financial stability.” Until the TerraUSD de-pegging, the biggest threat from the point of view of the crypto community was the apparent lack of transparency around Tether’s reserves. However, the risk is evident today as UST trades well below its dollar peg.

“Mark my words. The UST failure will be used as evidence by policy makers to regulate stablecoins to death and champion CBDCs. This is not good.”

As seen in the video below, Yellen has already used the decline in UST’s value to justify her anti-stablecoin stance in front of the Senate Banking Committee.

Citadel has previously declared its desire to become market makers in the crypto space, but currently, there is no hard evidence to suggest they are behind the crash. Another rumor surfaced that Jump Capital, a supporter of Terra, is preparing a $2 billion bail-out package for UST.

Whether this is true or not, the need for a bail-out makes one think about the origins of crypto when bank bailouts were seen as part of the motivation behind Bitcoin’s creation. If stablecoins need bail-outs from hedge funds, is that different from banks’ government bail-outs? 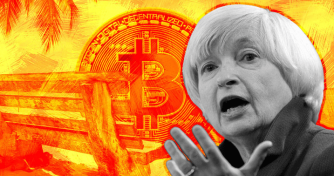 US Treasury Secretary Yellen advises against Bitcoin for retirement savings 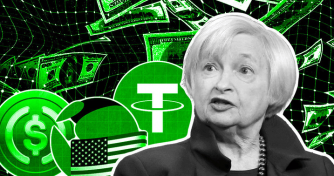 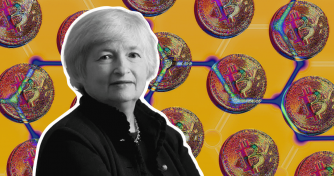