The 'chaotic cousin' of Polkadot is making its mark on crypto users in a big way. 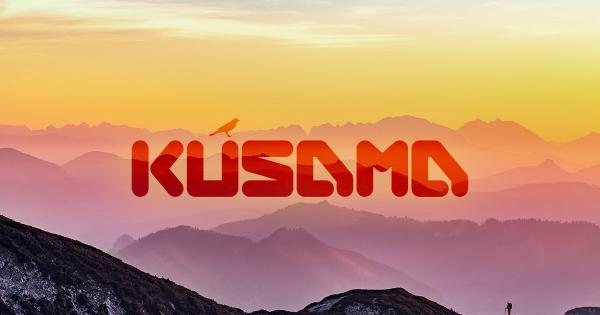 Photo by Simon Berger on Unsplash

Kusama is a unique project that has been drawing a lot of attention in recent months, mainly because of its unique design functionality and future-oriented ecosystem.

The project can be thought of as a polished iteration of Polkadot, with the platform meant to serve as a testing ground for projects, allowing them to check their scalability and interoperability functionalities before they are finally released on the Polkadot network.

Straight off the bat, it bears mentioning that Kusama lowers many significant barriers to entry for early-stage projects, especially those projects that are quite innovative in their design but still feature a high degree of experimentation and therefore may not be ready for large-scale deployment.

In other words, the platform sort of serves as a precursor to Polkadot where developers can experiment and test out new blockchains or applications before releasing them.

Another important facet of the project worth noting is that all official Polkadot updates are also tested out on the Kusama ecosystem before being released for public consumption.

However, the difference lies in the fact that, unlike Polkadot, Kusama is quite flexible and provides developers a lot of flexibility, primarily in terms of less stringent governance parameters.

From a design standpoint, Kusama largely resembles Polkadot — with the project even referred to as the latter’s canary network — with both platforms making use of two separate blockchains, i.e. the main network and user-generated networks (referred to as parachains).

Though all of the transactions taking place on the main chain are immutable and final, actions on the parachains can be customized as the various different use cases they are employed in relation to.

In essence, one of the major advantages that Kusama offers to its ever-growing list of backers is that it enables Polkadot projects to build a name for themselves and gain a decent amount of community buzz and traction before finally going live.

Here’s How Kusama is Re-Writing the Rulebook

As pointed out earlier, Kusama makes use of modified governance parameters that allow it to operate up to four times faster than Polkadot. However, there are also a number of differences in terms of how the two ecosystems differ from each other.

Furthermore, in terms of financial opportunities, Kusama provides investors with lucrative returns. For example, KSM token holders can stake their coins so as to get decent annualized returns of up to 20% on their investments.

However, this rate largely depends on one’s share of coins that have been staked on the network, with there being a lot of room for fluctuation.

Also, the prospect of parachains is also quite interesting once looked at closely since they are, in essence, separate layer-1 blockchains that have the ability to run in conjunction with the Kusama ecosystem, staying connected to the central Relay chain, thereby allowing for a high level of security all while drastically improving the platform’s scalability and interoperability.

On the subject of interoperability, parachains are able to offer seamless compatibility with ecosystems like Bitcoin, Ethereum via the use of cross-network bridges. As a result, it is possible to send any type of data/assets across two separate platforms fairly seamlessly.

KSM has been showcasing solid financial momentum in recent months, with the value of the cryptocurrency rising from $66 to a whopping $435 over the course of the last 90-days, thereby showcasing a gain of more than 600%. As a result, Kusama has been able to overtake many prominent projects including Tezos, NEO, NEM.

Also, Kusama’s upcoming Parachain Auction has been garnering a lot of eyeballs from the global crypto community, with the Acala Network recently becoming the first project to win a parachain slot auction. The project now aims to issue its very own USD pegged stablecoin called the Acala Dollar on the Polkadot network.

Lastly, in the long term, it appears as though Kusama’s use cases will continue to grow, especially as it serves as the perfect entry point for Polkadot users. Kusama allows users to try out innovative features and ensure that everything is working well before being ported to the main network.

It now remains to be seen what the future has in store for this project.