Tether revealed that its stablecoin, USDt, will soon run on top of the Polkadot blockchain. 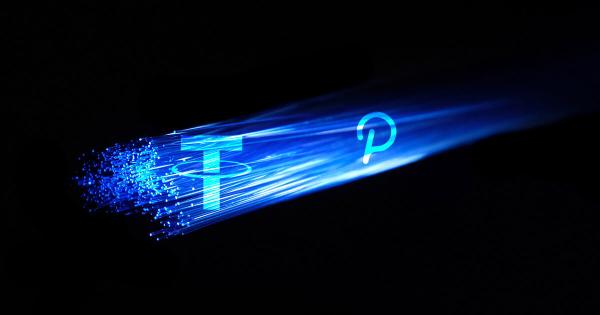 Polkadot’s network utility is about to experience a significant boost. With the upcoming parachain rollout, the protocol will finally realize its scalable multi-chain architecture.

Although the new functionality is currently running on a testnet, developers are already preparing for it.

Enjin recently announced the launch of a next-generation NFT blockchain on the Polkadot network called Efinity. The project is set to enable highly scalable transactions for games, apps, enterprises, and creators. Thanks to the protocol’s speed, developers expect to process transactions every six seconds under a proof-of-stake consensus algorithm that can scale to 1,000 transactions per second.

Now, Tether revealed that the world’s largest stablecoin in the market, USDt, will be running on top of the Polkadot blockchain.

Paolo Ardoino, CTO at Tether, said that the network’s infrastructure to provide an environment for cross-chain composability of multiple applications and protocols made it ideal to offer access to “the most liquid, stable and trusted stablecoin.”

“Polkadot is one of the most exciting projects in the digital token ecosystem and we anticipate a ready uptake of the Tether token as it powers Polkadot’s emerging DeFi ecosystem. Polkadot, with its parachain structure, has the ability to grow significantly in the coming years. This growth will be driven by its high level of scalability,” said Ardoino.

USDt will go live first on Kusama to serve as a value-bearing testbed before the launch of Polkadot.

While the Polkadot ecosystem is expected to grow exponentially following the parachain launch, DOT’s price is living up to all the hype.

According to 40-years trading veteran Peter Brandt, the fifth-largest cryptocurrency by market capitalization has broken out of a symmetrical triangle that developed on its daily chart. Following a month-long consolidation period, DOT was able to slice through the $39 resistance level recently.

If the bullish momentum behind Polkadot continues, it would likely continue rising towards a new all-time high of over $55. This target is determined by measuring the height of the triangle’s y-axis and adding that distance to the breakout point.

END_OF_DOCUMENT_TOKEN_TO_BE_REPLACED

Enjin Coin is a platform that uses blockchain technology for social gaming and virtual goods..