Here’s why Bitcoin could obsolete the U.S. dollar, euro, and all fiat 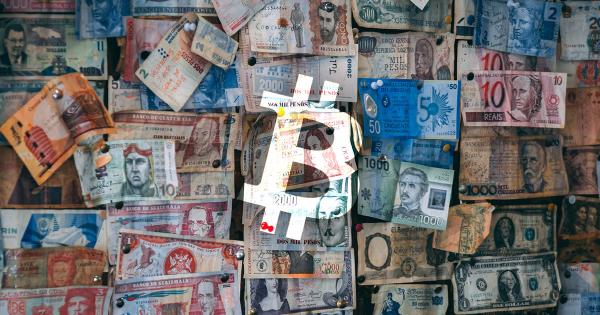 For years, the primary use case of Bitcoin has been debated. The detractors, often economists and mainstream investors, say it’s nothing but a speculative asset; others say it’s simply a digital store of value or a form of “digital gold,” nothing more.

But, for many, Bitcoin—once it has spread its proverbial wings, anyway—is meant to be a full-fledged alternative to the fiat money system in place today, which has been marred by the 2008 Great Recession and previous financials debacles. Some have even gone as far as to say that Bitcoin will make all other forms of money obsolete.

Parker Lewis—the business development lead at crypto-centric financial services company Unchained Capital—recently laid out the case for this assertion in an extensive blog posted to the company website.

Will Bitcoin become the world’s leading money? Top industry exec lays out the case for this

In a post fittingly titled “Bitcoin Obsoletes All Other Money”—the latest edition in Unchained Capital’s “Gradually, Then Suddenly” blog series on the why and what of BTC—Lewis explained why Bitcoin has the potential to become the world’s foremost money.

Although the piece is long, here are a few key points he made to back his sentiment:

All these factors, Lewis wrote, will see the world converge as Bitcoin as the money of the future.

The post has since garnered much traction on Twitter. Even Fidelity Digital Assets, the cryptocurrency-centric branch of financial services giant Fidelity Investments, shared the article.

What we’re reading: @parkeralewis discusses the role of money in civilization, how the world might converge to a single currency, and why bitcoin will be the currency to obsolete all others. From @unchainedcap https://t.co/LYJWX8gHWn

Pundits are not convinced Bitcoin is money… yet

Although Lewis did lay out a concrete case for Bitcoin obsoleting the hegemony of fiat, commentators in this industry, even some of the cryptocurrency’s biggest fans, aren’t convinced BTC will become the world’s money any time soon.

In a recent segment of its “The Futures of Payments” report, Deutsche Bank—one of the world’s largest banks—wrote that while cryptocurrencies have “passed the tipping point needed to become fashionable,” Bitcoin is “too volatile” to be a “reliable” store of value.

They continued that as it stands, Bitcoin represents but a “tiny” fraction of the world’s payment gears, so to say.

The skepticism that Bitcoin will become the world’s money has been echoed by legendary Wall Street trader Ray Dalio. The co-head of the world’s largest hedge fund told CNBC in a recent interview that the leading cryptocurrency is currently unreliable money because it is neither a widely-used unit of account nor a store of value.

And Twitter’s CEO Jack Dorsey, one of the most outspoken advocates of Bitcoin in Silicon Valley, told an Australian media outlet last year that the leading cryptocurrency is “not functional as a currency” right now:

“It’s not functional as a currency. The peaks and troughs are like an investment asset and are equivalent to gold.”

Despite these commentators, the issues they cited—the crypto market’s volatility, the stringent government regulation and tax issues, the lack of adoptability of digital assets, the slow block times of BTC, and the sometimes-high transaction fees—arguably can be fixed with time, leaving a case for Bitcoin to “obsolete all other money.”

Whether or not the current generation will be around to live in this Bitcoin-only world, though, is up for debate.

Asset management giant Fidelity Investments has established a United Kingdom entity for its cryptocurrency business with the intent of gaining a foothold in Europe, the move coming days after British Prime Minister Boris Johnson led his pro-Brexit government to victory in a snap election.

Institutional investment in cryptocurrency is likely to increase over the next five years, according to research from Fidelity Investments.

This post was last updated on April 22nd, 2021 at 12:04 pmThe president of the European Central Bank (ECB), Christine Lagarde, pledged to meet the growing demand for stablecoins by getting “ahead of the curve” in the rapidly evolving economic environment.