After signing off on an action-packed year, Polkadot is gearing up for an even more eventful 2021. 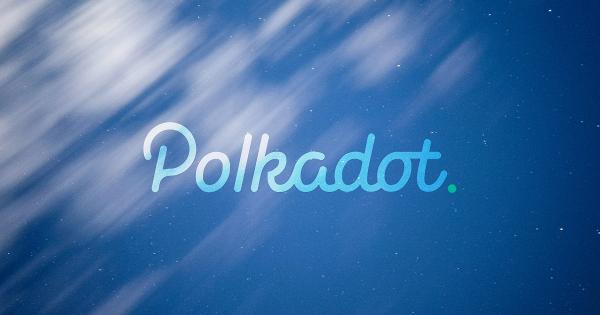 Photo by Hans Isaacson on Unsplash

After signing off on an action-packed year, Polkadot is gearing up for an even more eventful 2021. We take a look at some of the projects that are set to launch on the blockchain platform this year, as well as a few major updates to the networks that are set to see the light of day in the coming weeks.

With interoperability being one of the key foundation blocks Polkadot was built on, Frontier pops up as one of the most important additions to the blockchain. Developed by Parity Technologies, Frontier is an Ethereum-Substrate compatibility program that’s set to be released this year. Substrate is a modular, extensible blockchain network that makes it easier to build custom blockchains and Polkadot parachains.

Gavin Wood, the founder and lead developer of Polkadot, said that the program was “almost completely done” in his end-of-the-year blog post, adding that it will lead to a major interoperability movement within the blockchain.

Frontier is Substrate’s own Ethereum compatibility layer that allows developers to run unmodified Ethereum dApps. The program will allow any Substrate chain to appear exactly as an Ethereum chain would, as well as host any tooling supported by Ethereum’s Solidity programming language, which includes MetaMask, Truffle, and any other tool that uses the Web3 RPC.

Another Ethereum-compatible smart contract parachain on Polkadot, Moonbeam is set to reach its full functionality in 2021. While a big part of Moonbeam’s functionality relies on the implementation of Frontier, the blockchain also has a set of unique features that target Ethereum developers.

Aside from being an EVM implementation on Polkadot, Moonbeam is also a highly-specialized Layer 1.5 chain that mirrors Ethereum’s Web3 RPC, accounts, keys, subscriptions, logs, etc. The goal of the platform is to extend the base feature set found on Ethereum with additional features and functionalities that include on-chain governance, staking, and cross-chain integrations.

Acala is the first stablecoin to launch natively on Polkadot. However, Acala wants to become much more than just another stablecoin on the market—its development team wants to build a decentralized finance hub and a stablecoin platform that power cross-blockchain liquidity and various applications.

The Acala Dollar (aUSD) is still in its testnet phase, but once launched on the mainnet will provide users with more functionality than other stablecoins. Namely, users will be able to borrow and lend aUSD to manage outstanding loans and earn interest on their holdings, as well as use the token to participate in governance.

Acala is set to launch both on Kusama and Polkadot this year, as well as enable derivative and DEX trading of aUSD.