Has Ethereum Bottomed Out? Report From Major Trading Firm Says So

According to Genesis Global Trading, a major cryptocurrency investment firm that targets institutional investors, short interest towards Ethereum (ETH) has declined substantially in the third quarter of 2018. 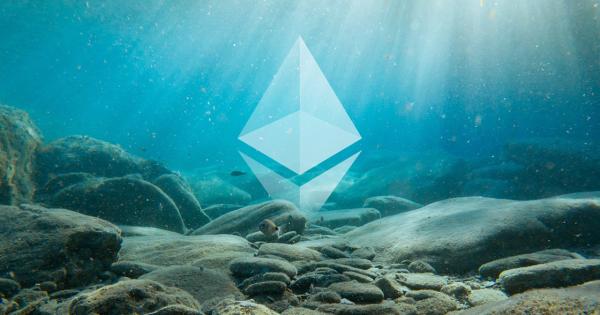 According to Genesis Global Trading, a major cryptocurrency investment firm that targets institutional investors, short interest towards Ethereum (ETH) has declined substantially in the third quarter of 2018.

Since March, the firm loaned out $553 million in digital assets including Bitcoin and Ethereum to hedge funds and alternative investment companies. Around 60 percent of the loans were issued in Bitcoin and by the end of the first quarter of this year, 42 percent of outstanding balances were accounted for by Ethereum, as Bloomberg reported.

The firm stated that the vast majority of hedge funds that have received Ethereum loans from Genesis Global Trading utilized the funds to short the asset.

To short Ethereum, large-scale hedge funds borrowed millions of dollars worth of ETH and bet on the drop in the price of the asset. Similar to how many traders in the cryptocurrency exchange market sell BTC or ETH for stablecoins like TrueUSD, Gemini Dollar, and PAX to catch the downtrend, investment firms loaned out ETH and shorted it to gain more ETH as the price of the asset dropped.

However, in the past six months, the outstanding balances accounted for by Ethereum on the balance sheet of Genesis Global Trading dropped from 42 percent to 4 percent. The firm stated that the abrupt decline in ETH loans suggests that the interest of hedge funds to short the digital asset has declined significantly.

Throughout the first two quarters of 2018, ETH demonstrated decent momentum backed by sufficient volume. While it fell from $1,200 in January to $400 in April, in the following two months, ETH more than doubled in value to $831.

As the price of ETH experienced a two-fold increase during a period in which the entire cryptocurrency market was showing clear signs of a long-term bear market with intense sell-offs and high volatility, more hedge funds and retail traders began to short ETH.

Genesis emphasized that loans in Ethereum notably faded subsequent to the 80 percent drop experienced by ETH since June. In the past four months, similar to XRP (XRP), Bitcoin Cash (BCH), EOS, and other major cryptocurrencies, ETH consistently showed lower highs, unable to defend key support levels in an extreme sell-off.

Data provided by trading firms, the record high stability showed by the cryptocurrency market, and technical indicators suggest that the asset class has bottomed out in a low price range, particularly Bitcoin and Ethereum.

But, in terms of developer activity, Ethereum has seen a continuous improvement and progress in the development of its core blockchain layer.

Most recently, GETH, or Go on Ethereum, the largest implementation of Ethereum that is currently available to the community, was recognized as the fifth largest open-source project in the world alongside Microsoft Azure, Wix, and Spyder.

In November 2017, Ethereum co-founder Joseph Lubin said that every bubble of the crypto market is followed by a surge in developer and market activity.

“We’ve seen six big bubbles, each more epic than the previous one, and each bubble is astonishing when they’re happening but when you look back they look like pimples on a chart. With each of these bubbles we have a tremendous surge of activity and that’s what we’re seeing right now.”

The rise in developer and market activity, complemented by the imposition of practical regulatory frameworks by leading markets could assist Ethereum in breaking out of the current bear market.

Will the Decline in Ethereum Supply Inflation to Near 0 Percent by 2022 Positively Benefit ETH?

Buterin Debunks Argument Made by Expert That ETH, Not Ethereum, Will Hit Zero